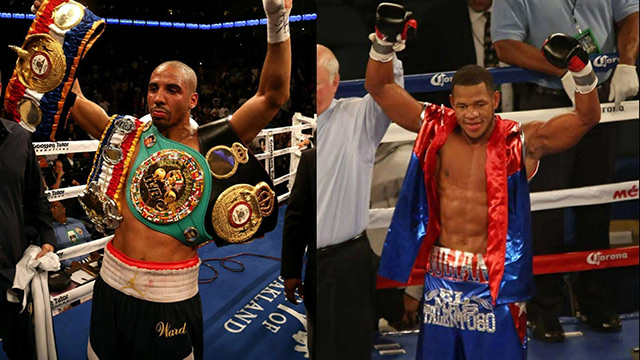 The fight, which has been talked about for months, will take place on March 26 at Oracle Arena in Ward’s hometown of Oakland, California, and will televised live on HBO.

“I don’t really have much to say other than this. On March 26, it will be very simple. I’ll be in a new weight class against a tough opponent but I’m coming with the same approach,” Ward (28-0, 15 knockouts) said in a press release from Roc Nation, the company that promotes him. “I’ll be in great shape and ready for battle. Sullivan Barrera has had a lot to say lately and I love it. He’s going to have an opportunity to back up every word that he has spoken. These are the type of challenges I like and on March 26, it’s go time.”

“We as a team had a tough choice to make – crash the party by taking out Ward first or wait for the mandatory and take out (Sergey) Kovalev,” Barrera stated in the press release. “We decided that the time is now. Ward will fall first and then we will go after the belts.”