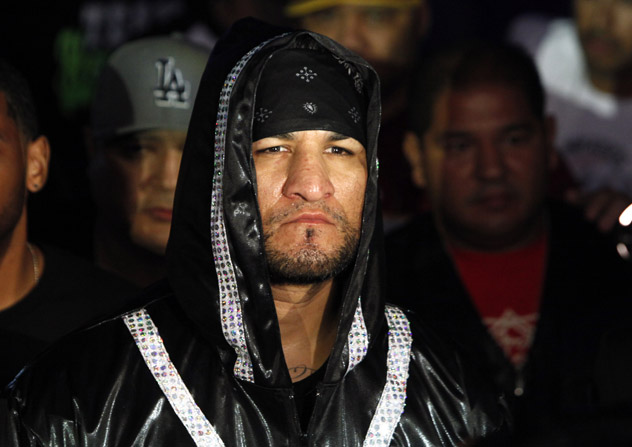 Heavyweight Chris Arreola tested positive for marijuana following his split-decision win against Travis Kauffman last December in San Antonio, Marshall Kauffman, the trainer and father of Travis, confirmed to RingTV.com on Monday night. The outcome has been changed to a no-decision.

The websites Boxingscene.com and ESPN.com reported that Arreola is serving a 90-day administrative suspension by the Texas Department of Licensing and Regulation retroactive from the date of the fight, Dec. 12, due to the failed test.

The bout between Arreola (36-4-1, 31 knockouts) and Kauffman (30-1, 22 KOs) served as the co-feature on a Premier Boxing Champions card on NBC at the AT&T Center in San Antonio and was hotly contested. Kauffman dropped Arreola in the third round and the two battled to a highly entertaining, controversial decision.

Arreola also tested positive for marijuana following a 2011 win against Friday Ahunanya that was also changed to a no-decision.

Marshall Kauffman was sympathetic to Arreola’s situation. His son and Arreola are friends and former sparring partners.

“Chris is a personal friend of ours and whatever he has that he’s dealing with, we hope that he can deal with that on his own personal level and go from there,” the elder Kauffman told RingTV.com. “We’re not here to say anything bad about Chris. Chris is a human being like anyone else and makes mistakes and we wish him the best. But we still feel as though Travis won the fight and a (no-decision) is better than a loss.”