N.J. Control Board to discuss possible punishment for Antonio Tarver 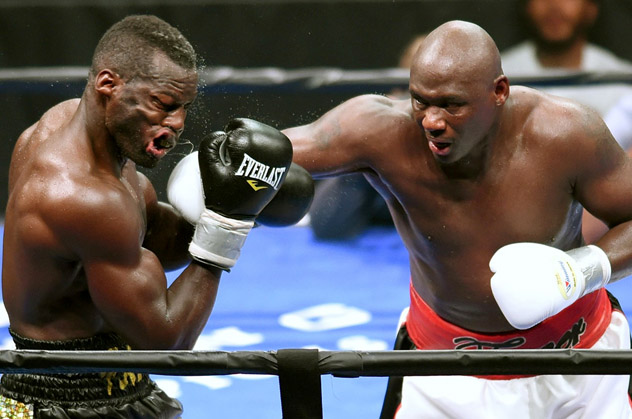 Chris Mannix reported in October for Sports Illustrated that Tarver tested positive for synthetic testosterone following his bout with Steve Cunningham at the Potential Center in Newark, New Jersey on Aug. 14. It’s the second time since 2012 that Tarver, who has denied any wrongdoing, has tested positive for a banned substance.

Though Tarver appeared to out-box Cunningham in an attempt to land a heavyweight title shot, it was scored a split draw. The decision has not been changed.

The commissioner of the State Athletic Control Board, Larry Hazzard Sr. declined to discuss specifics of Tarver’s case in a phone interview on Monday night.

“I really can’t make any comments on that at this time,” he told RingTV.com. “But whatever has been made public is for the record and the hearing is Thursday and the public has been informed.”

Hazzard described the six months between the fight and the hearing as “the process” and didn’t make an issue of the extent of time it took for Tarver’s case to go before the board.

“Well, you have to follow the process,” Hazzard said, “and the hearing will be Thursday and whatever time it took — that’s what it took.”

Hazzard said that Tarver has been invited to the hearing but doesn’t know if he will appear. He also couldn’t say for sure if the board will settle Tarver’s case on Thursday.

Tarver also tested positive for an anabolic steroid in 2012 prior to his bout with Lateef Kayode. Tarver was subsequently fined $2,500 and received a one-year suspension from the California State Athletic Commission. The fight’s outcome, also a draw, was later changed to a no-decision. Tarver was fired from his position as a boxing broadcaster for Showtime and was relieved of his duties as a boxing analyst for the 2012 Summer Olympics on NBC as fallout for the failed test. He still calls Premier Boxing Champions cards for Spike, which broadcast his fight with Cunningham.

In that fight, Tarver’s ‘A’ sample tested positive, Mannix reported. Tarver requested the ‘B’ sample but it also tested positive, he wrote. Though he was tested before the fight, the test results were not seen by event organizers until the fight was over, Mannix said.

The control board will hold the open public meeting Thursday at the Hughes Justice Complex in Trenton, New Jersey at 10 a.m., it announced on its website on Monday. The first item to discuss, according to a schedule of entries, is an “Appeal of notice to take disciplinary action versus Antonio Tarver.”

Before his bout with Cunningham, Tarver had talked about breaking George Foreman’s record and becoming the oldest heavyweight champion ever.