Shooting at Dublin weigh-in leaves one dead, others injured 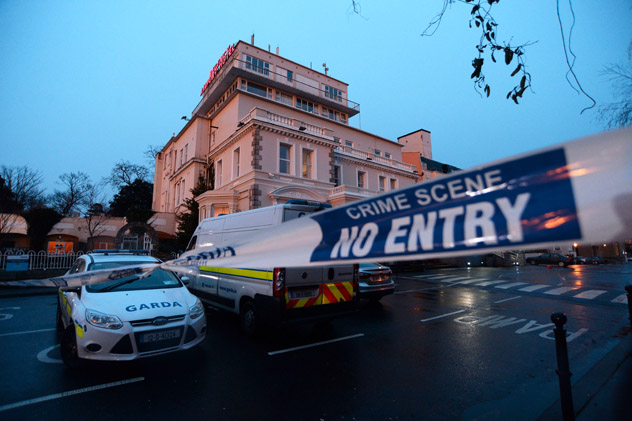 Police barrier outside the Regency Airport Hotel in Dublin following a fatal shooting incident at a weigh-in on February 5, 2016. Photo by Caroline Quinn/AFP-Getty Images.

The ITV news in the U.K. has reported that a shooting which took place at an official weigh-in has resulted in the death of one man and injuries to three others in Dublin, Ireland.

The show, which was to be headlined by Gary Corcoran versus Danny Butler at Dublin’s National Stadium, and be broadcast by BoxNation in the U.K., has been canceled. The promoters of the event were MGM and Queensberry Promotions.

An investigation is underway.