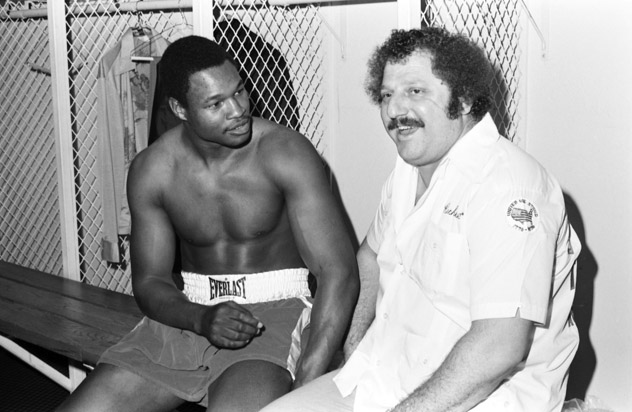 Larry Holmes remembers Richie Giachetti as a master motivator who knew just what to say in the corner. The colorful trainer/manager who guided Holmes to the heavyweight championship died at 75 on Wednesday of a reported heart attack.

“I worked with guys before and some guys would say, ‘Keep that jab,’ and they would say it for 12 rounds,” Holmes told RingTV.com on Friday morning. “‘Tell me something different! ‘Pick your right hand up, do this, this guy is trying to counter.’ That’s what Richie would do. The other people would just say, ‘Keep doing what you’re doing.'”

Giachetti, who was born in Uniontown, Pennsylvania, and later moved to Cleveland, spent nearly a decade with Holmes, steering him to the WBC championship with a classic 15-round split-decision victory over Ken Norton in 1978.

“He’s one of the great guys out there,” said Holmes, who last spoke with Giachetti on the phone a week ago. “Richie was a good guy.”

Holmes described their early days together as full of financial struggles, double-bunking in hotels and lean times on the road that fostered a close bond.

“We had to take the bitter along with the sweet early on,” Holmes said. “We just had to live with what we got and take whatever they gave us. And that’s what we did. We shared rooms and broke bread and kept it on going.”

Giachetti is credited by some, though Holmes disputes it, with helping Holmes forge his outstanding jab.

“Yeah, I had it. It was all me,” Holmes said. “I learned that and copied that from Muhammad Ali and stuff like that. I wanted to be quick and don’t get hit and I had to work that left hand.”

Giachetti’s primary strength might’ve been his ability to inspire.

“He was a motivator: ‘Go get it, you can take this guy,'” Holmes said. 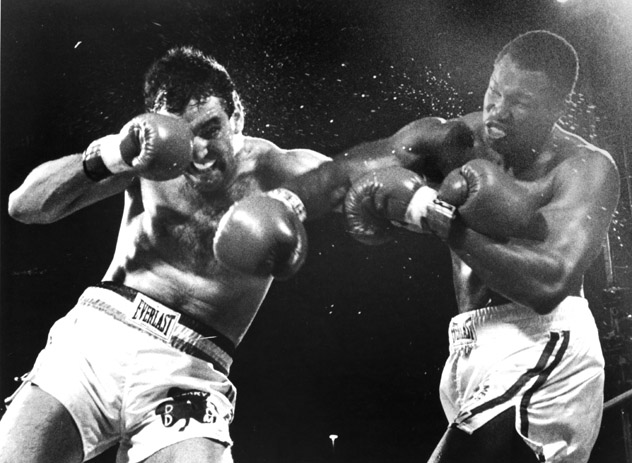 Giachetti’s relationship to boxing was complex and filled with highs and lows. Though highly accomplished, Giachetti has not yet been voted into the International Boxing Hall of Fame.

“I’m not knocking other guys who got in, but I’ve had a pretty adventurous career,” Giachetti told Cleveland.com in 2012.

And his relationship with Holmes was at times tenuous. It soured in 1981 when Holmes accused Giachetti of taping conversations between them and handing them over to the Federal Bureau of Investigation under subpoena as part of an investigation into boxing, The New York Times reported.

Giachetti, who managed and trained Holmes from 1973 to 1981, later filed a $20 million breach of contract suit against Holmes and promoter Don King in 1982, according to The New York Times. Giachetti alleged that Holmes failed to live up to a contract that gave him 20 percent of Holmes’ earnings. The trainer also claimed that King convinced Holmes to cut managerial ties with him.

“He sued but he dropped it,” Holmes told RingTV.com.

In 1983, Holmes and Giachetti mended their friendship and Giachetti, after a brief exile, was brought back as an adviser and trainer to Holmes.

“He learned that I was the boss,” Holmes said. “Richie wanted it his way and I wanted it my way. And two people can’t have it their way and I figured that I’m paying the price of being the champion and I’m taking the punches and I’m paying the money out. Why can’t I be the boss? And he finally got a hold of it.” 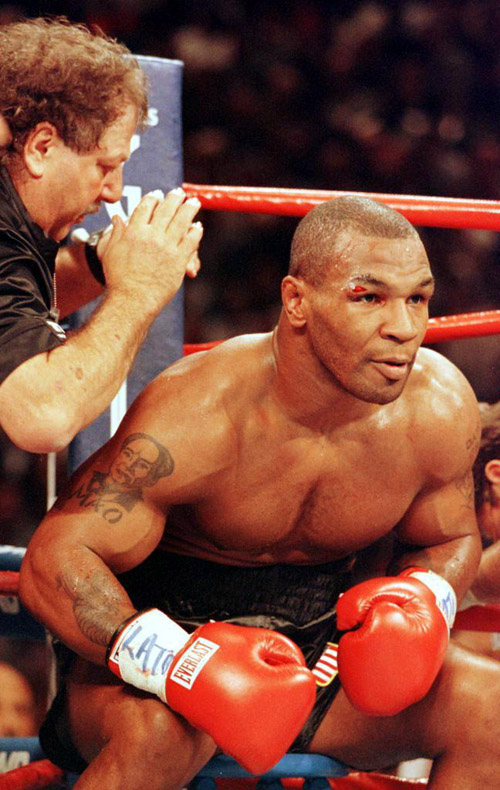 And he was often called on by King to help one of his fighters. He lent his experience to Mike Tyson’s corner in his second fight with Evander Holyfield in 1997, in which Tyson was disqualified in the third round for biting Holyfield’s ear.

Giachetti’s ability to teach the sport caught the attention of Sylvester Stallone, who used him as a technical adviser for Rocky IV. He was tasked with teaching the 6-foot-5 Swedish actor Dolph Lundgren, who played the Russian destroyer Ivan Drago, how to box. Giachetti admitted his main challenge was ensuring that the boxing scenes between the 5-foot-8 Stallone and Lundgren weren’t too cartoonish.

“You don’t want to make (Sly) look small,” Giachetti told the Assosiated Press in 1985. “So he threw body punches and not as many to the head as previously.”

Stallone and Giachetti met in 1978 after Holmes took the heavyweight title from Norton.

“(Giachetti) took a rock and polished it into a diamond,” Stallone told the AP. “Richie taught me how to collect my feet, how to throw my weight into the hook, the right hook. And to kind of like step into my punches. And Richie’s specialty is, he is very conscious of the footwork and the jab. I think he’s really extraordinary. He taught me more about boxing than anybody.”

Their working relationship went beyond film, however. Stallone asked Giachetti to live with him in Los Angeles in 1981 to train an undefeated heavyweight, Lee Canalito, whom Stallone had signed in an attempt to replicate the success of the “Rocky” franchise.

“His dream,” Giachetti said of Stallone, according to the AP, “is to have a white heavyweight ÔÇª a real-life Rocky.”

Of Giachetti’s longtime commitment to the sport, Holmes said, “He should be remembered.”

Giachetti is survived by his four children, Annette Izsak, Richard, Victoria and Antonio; his three brothers Pat, John and Robert Giachetti, as well as grandchildren, nieces, nephews and other family and friends, according to Cleveland.com.