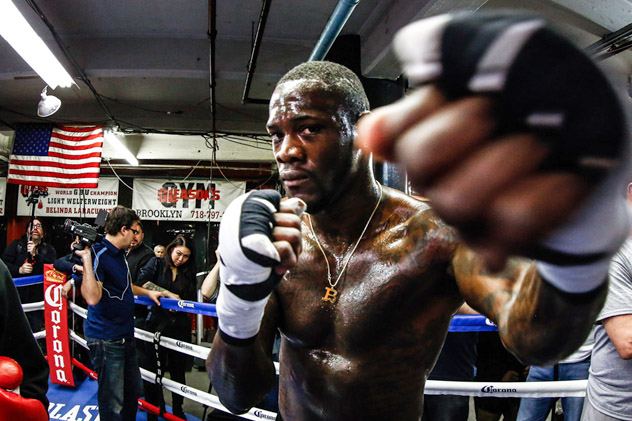 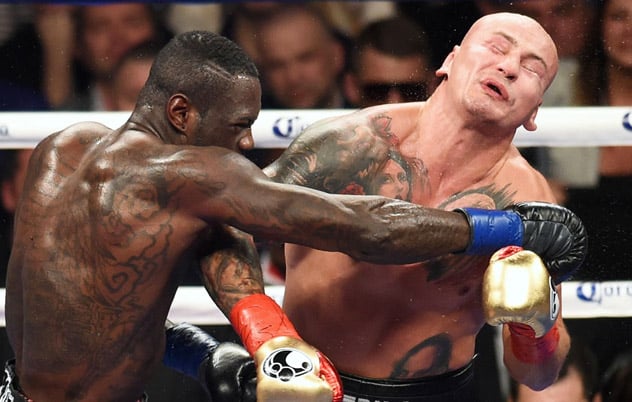 Deontay Wilder was emphatic about what he wants to do next.

The WBC heavyweight titleholder spoke of satisfying his mandatory and facing THE RING’s No. 2 heavyweight, Alexander Povetkin, in April, hopefully at Barclays Center in Brooklyn, New York.

“I got Alexander Povetkin lined up,” Wilder told RingTV.com in a phone interview Thursday from Radio Row in San Francisco, where he is in town for the Super Bowl festivities. “That’s what I know of right now. I want to get Povetkin out of the way. I’m demanding April that we get this on.”

Wilder, RING’s No. 3 heavyweight, dismissed the idea that he might vacate his belt for a shot at IBF champion Charles Martin, who is looking for his next opponent.

“Why would I give it up when I’m trying to unify (all the heavyweight belts)?” Wilder said. “It don’t make no sense. So I’m going to give it up to get one belt and then come back around to take the other belt and then go get the other one?”

Wilder (36-0, 35 knockouts) talked up Barclays Center as a perfect venue to face the Russian heavyweight, given the large Russian population in Brooklyn — and the fact that the venue is controlled fully by Russian oligarch Mikhail Prokhorov.

Wilder doesn’t view Povetkin, whose only loss is to Wladimir Klitschko in 2013, as a risk in the ring.

To those who believe Povetkin (30-1, 22 KOs) is far more experienced than Wilder and poses a threat, Wilder dismissed that theory as gibberish.

“It would be the same thing as Stiverne,” Wilder said of his unanimous decision win against Bermane Stiverne last year to claim the WBC title. “They said Stiverne was going to be a big step up for me and look what I did to the guy. So we’ll have to see when that time comes if this is a big step up or not. In the ring it will be revealed. And if it’s a step up then I’m willing to take the highest step, and if it’s a test than I’m going to pass the hardest test with flying colors.”