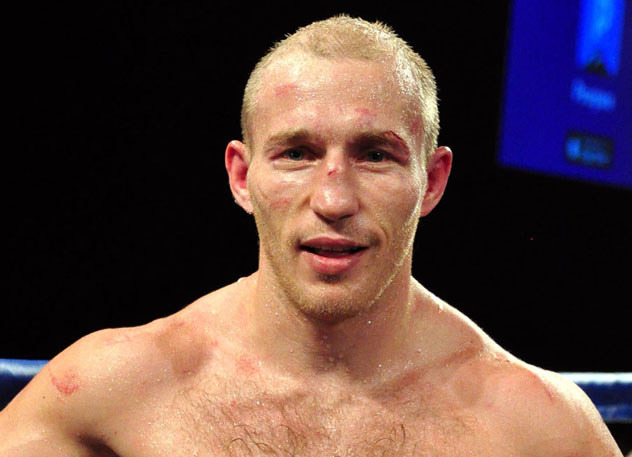 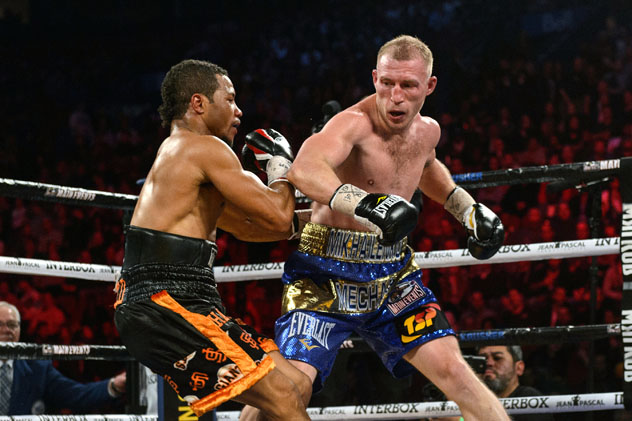 In a showcase fight for Dmitry Mikhaylenko on HBO, the Russian welterweight showed that he could win a dreary decision against a faded 35-year-old who took the fight on two weeks’ notice.

In other words, Mikhaylenko didn’t exactly leave a lasting impression.

Mikhaylenko won a tedious unanimous decision by scores of 100-90, 100-90 and 99-91 against late sub Karim Mayfield in the welterweight co-feature to Sergey Kovalev-Jean Pascal II on Saturday at Montreal’s Bell Centre.

While Mikhaylenko is aggressive and active, like his childhood friend Ruslan Provodnikov, he doesn’t share his countryman’s power. He did show impressive stamina and was consistent in his style from the first round to the last against the awkward Mayfield, who deserves credit for taking the fight on short notice.

The No. 10 RING-rated welterweight Mikhaylenko (21-0, 9 KOs) was originally supposed to face Ray Robinson (20-2, 9 KOs) in what would have likely been a more competitive fight. But two weeks before the bout, Robinson was in a car accident and hurt his back.

Mikhaylenko seemed to hurt Mayfield (19-4-1, 11 KOs) in the third round with body shots, slowing Mayfield down after he was the aggressor in the first two rounds.

Mikhaylenko momentarily shook up Mayfield toward the end of the sixth round when he landed a leaping overhand right while Mayfield was against the ropes.

But the heavy punches were limited.

His mom is paralyzed from the waist down, while his father died when he was just two in a crane accident and drowned, according to a profile of Mikhaylenko before his fight on HBO.

Mayfield was mentioned by Floyd Mayweather Jr. as a candidate for his farewell fight last September.