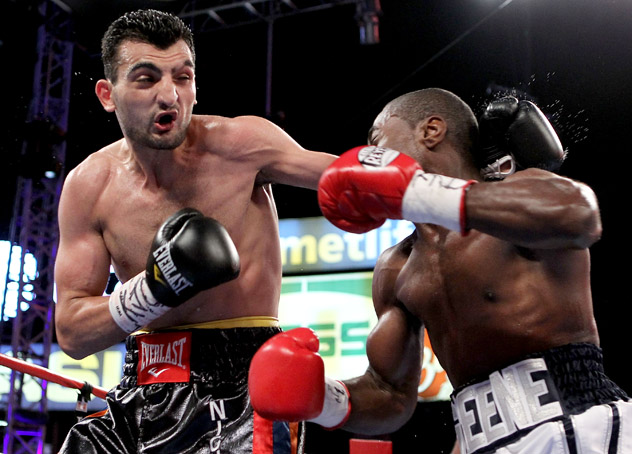 When promoter Greg Cohen signed Joe Greene and Austin Trout six years ago, he believed he had a future star on his handÔÇª.in Joe Greene.

“My feeling was that Joe was the superstar and Austin was the throw-in,” Cohen says.

Of course, history has shown otherwise, Cohen admitted with a laugh.

Trout went on to win a world title while Greene, plagued by inactivity, languished on the sidelines.

Now, however, Cohen is hoping Greene (26-1, 17 knockouts) can breathe new life into a career that once seemed bursting with promise.

Greene, a Queens native who lives in Florida, is set to return to the ring on April 22 at a site to be determined on the undercard of heavyweight Jarrell Miller’s next bout, Cohen told RingTV on Tuesday.

“At 160 (pounds), this is going to sound crazy because he’s been so inactive, but if Joe was back in top form at 100%, being a lefty who can box and punch, Joe is one of the few guys on the planet who has a style to beat a (Gennady) Golovkin,” Cohen said, clearly in promoter speak on behalf of his client. “It’s one of the more frustrating situations I’ve had because I know how good how he is. And if he says, ‘Ok, I’m going to give the next two to three years of my life just to boxing,’ there is no doubt in my mind he could be a dominant world champion.”

His fall from the ranks seems to have been hastened by a decision loss to Vanes Martirosyan in a cross-roads bout at Yankee Stadium in 2010.

“Since the Vanes fight, I guess his interests have lied more outside the ring than in,” said Cohen, without going into detail.

Because the southpaw Greene is still young (29), Cohen believes he can salvage his career.