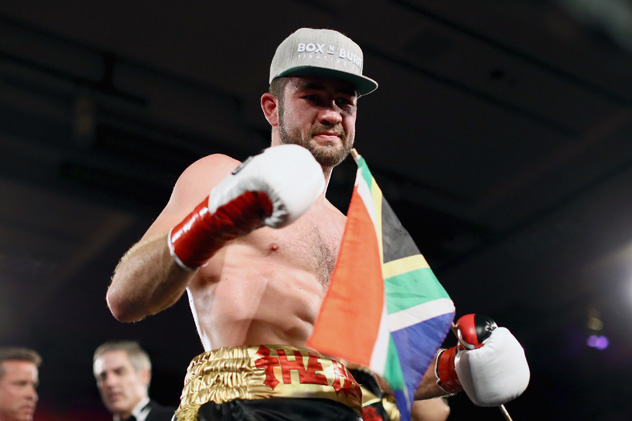 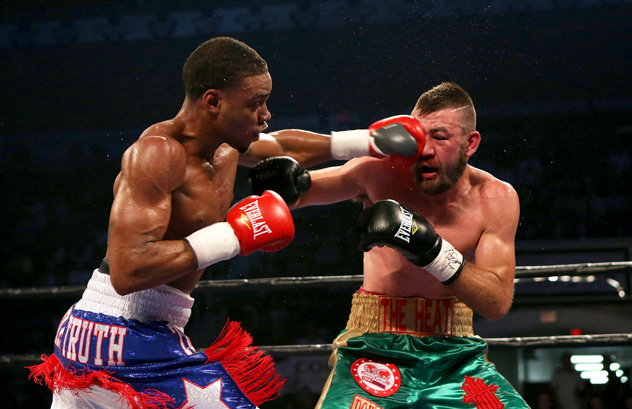 The kid deserves credit. In this age of the boxer/businessman, he demanded of himself that he test himself to the utmost.

So South African welterweight Chris van Heerden contracted to fight Errol Spence, one of the top three building blocks to the future for Haymon Boxing.

They tangled in September and Spence stayed unbeaten. CVH was stopped out in Round 8, TKO.

So, I wonder, where does that leave the kid who wanted that step-up shot, but wasn’t able to get to the mountain top?

“I’m in a hard spot right now since my promoter, Michael King, passed away,” van Heerden told THE RING, “and my last fight was a bad night for me … so the loss didn’t do me any good!

“But I’m in the gym, more motivated than ever, and I am currently looking to impress any promoter as I am a free agent. I am working these past few weeks with Shane Mosley, learning a lot from him, showing new training skills and moves. Mr. Mosley saw me in the gym and told me personally that I have the whole package!”

Van Heerden, a California resident, was working with Freddie Roach and Frankie Liles at Wild Card. …

“I am being managed by Donna Avery, Check 6 Management, she is working around the clock trying to secure my next fight,” he continued. “We are hoping to find a promoter that will take me and give me another shot. I still have so much hunger to succeed! I’m only 28 and my record is good, 23-2-1.

“Coming off my loss against Spence, that was my own mistake. I lost the fight mentally before even stepping in the ring,” he said. “But I have learned and showed that I can take solid punches on the jaw and still not get kayoed.

“I know I have no position now to say who I want to target but I know I have everything to put up great performances against top fighters out there at 147. I am in the gym waiting for that phone call to fight!”