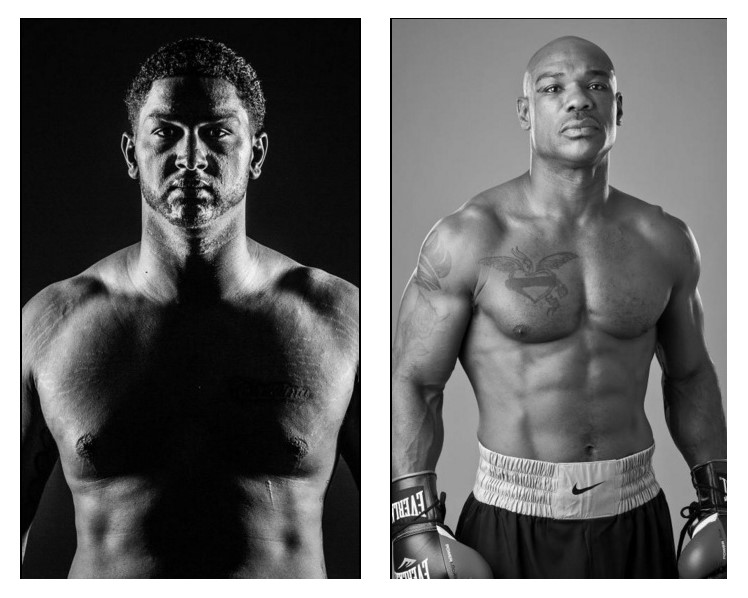 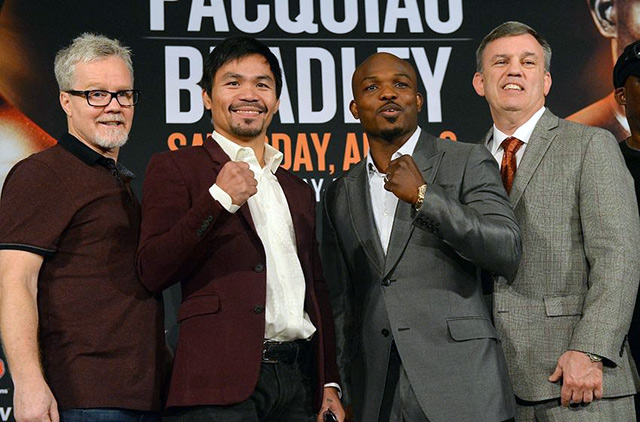 The billing of this April 9 fight between Manny Pacquiao and Tim Bradley is sort of curious.

It is not, promoter Bob Arum told me, “Bradley-Pacquiao 3,” because it will not be more of the same.

“This is a new Tim Bradley,” said the man with 50 years of deal-making and hype talking under his belt.

He means that Bradley is a different animal than the man who fought “Pacman” twice before.

Better, the Brooklyn-born Las Vegan told me, because Bradley is working under the stern gaze of master motivator Teddy Atlas.

And the fight is only halfheartedly being built up as Manny’s farewell fight because, as Arum told press at Madison Square Garden at a Thursday presser, who REALLY knows if he will hang up the gloves – and leave them hanging.

C’mon now…even if he is President, not Congressman or Senator Pacquiao, in a few years, can’t you see him taking the trunks out and looking to get the better of Floyd Mayweather Jr., if – and when – Floyd is recharged and ready to campaign again?

So the identity of this fight is up in the air…but not so the identity of Bradley, the classy California resident who burns with the indelibly imprinted sear in his head of when, not THAT long ago, he and his wife had $11 in their checking account. “He’s reborn,” his dad, Ray, told me. “I haven’t seen him like this since high school.”

Atlas spoke and entertained, offering us the boxing-as-politics analogy. Only these two hitters don’t lie like pols do; they always give an honest effort and fans can be sure, April 9 in Vegas and on HBO Pay-Per-View, it will be the same.

The score stands at 1-1, according to BoxRec.

Team Bradley thinks they will be up 2-1, while Team Pacman thinks the future Prez will exit the sport, hands raised in victory. Time will tell; the true identity of this third tangle will only be clear after 12 more rounds of combat.

See my Twitter timeline for quotes and presser tidbits, including Arum threatening an economic apocalypse if Bernie Sanders wins the White House.