RING contributor to run in WBC’s ‘Race of Champions’ 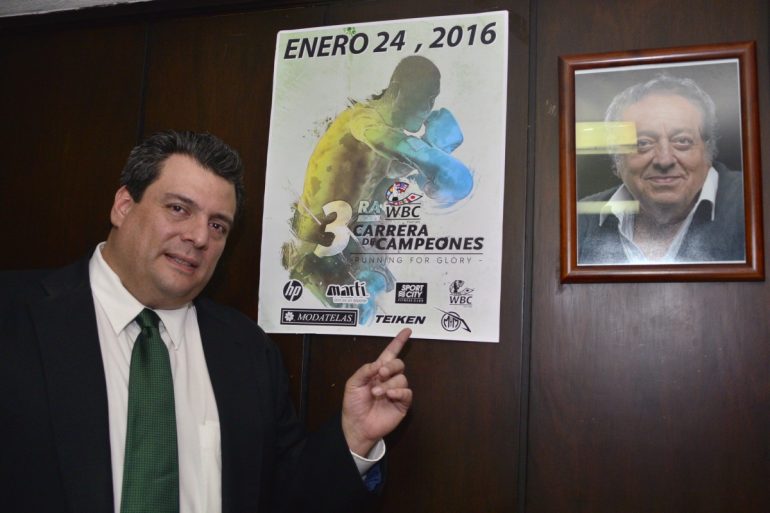 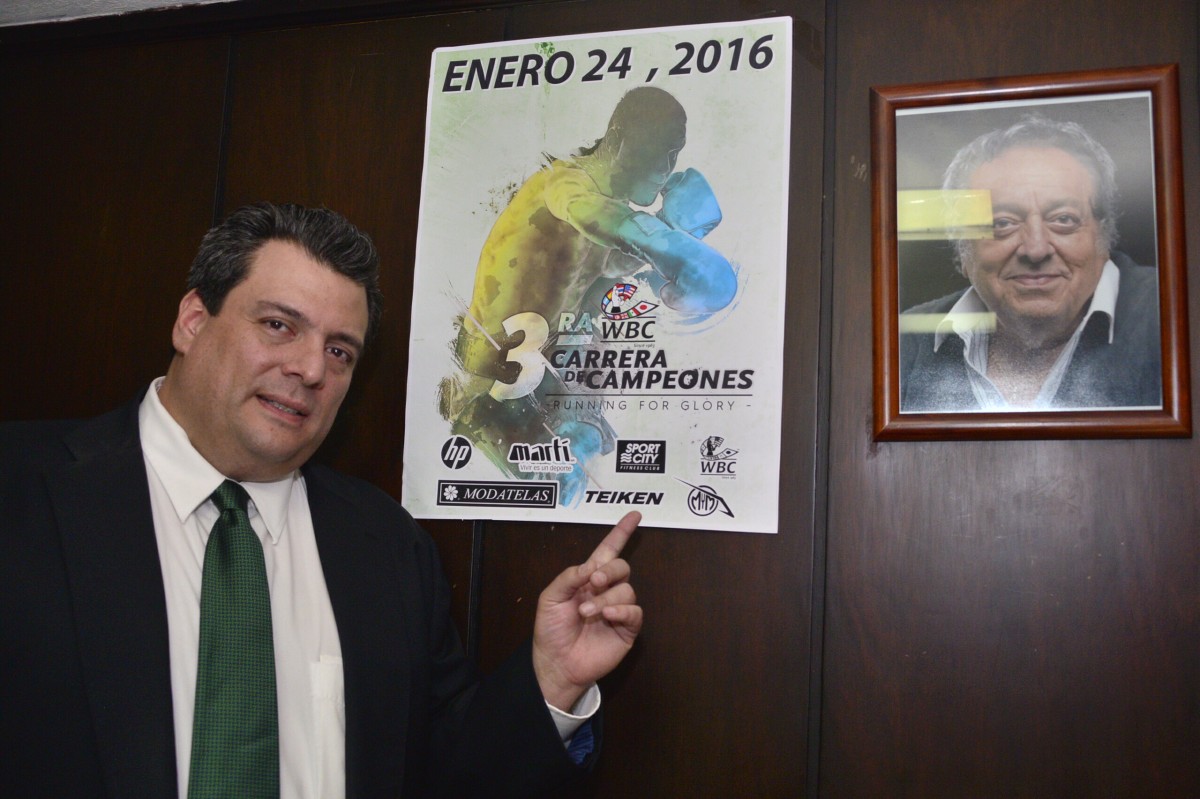 WBC president Mauricio Sulaiman points to a poster for the ‘Run of Champions’ event.

On Jan. 20, I will be traveling from my home in Cardiff, Wales, to Mexico City to run in the “Race of Champions.” The third annual event, which will take place on Jan. 24, is in honor of late WBC President Jose Sulaiman.

The two races span over six kilometers (nearly 3.75 miles) and 12 kilometers (almost 7.5 miles); I will be taking part in the latter, looking to raise money for junior middleweight Prichard Colon.

The Puerto Rican boxer last fought on Oct. 17 in Virginia on a Premier Boxing Champions card. He lost for the first time in his career by ninth-round disqualification in a foul-filled contest. Afterward, he walked to the dressing room but felt dizzy and vomited before fainting. He was then taken to nearby Inova Fairfax Hospital. Colon was placed in an induced coma and underwent emergency surgery to relieve pressure on his skull. He has remained in the coma since but is now at Shepherd Center, a hospital in Atlanta, Georgia, that specializes in treatment for those suffering from brain injuries.

I became friendly with the 23-year-old junior middleweight prospect earlier in the year and spoke to him regularly. At the recent WBC convention in Kunming, China, I spoke with Jose Sulaiman’s son and current president Mauricio Sulaiman about Prichard and, soon after arriving home, we spoke again. In addition to being in honor of Jose Sulaiman, the event will be a benefit for Colon and all proceeds will go to him and his family.

“The ‘Jose Sulaiman Race of Champions’ is a wonderful event,” said Mauricio Sulaiman. “It brings the boxing community out of the ring to enjoy a formidable experience with thousands of runners in an effort to promote good habits, family gathering, fair play and, also, to gather much needed funds for specific honorable causes. It is humbling to see efforts of many join for a common cause. Prichard Colon is our goal and efforts by Anson Wainwright, Carlos Cuadras, Francisco Vargas, Lou DiBella, Akihiko Honda and many others will end up in support to Prichard and his family.”