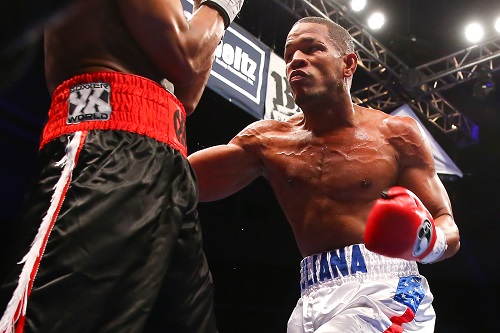 BoxRec says it’s so, that Andre Ward fights Sullivan Barrera, March 26 in Oakland. So, it’s a go, Kathy Duva? I asked the Main Events boss, who reps the Cuban to weigh in.

“Contrary to what other outlets have written, I have not made a deal with Roc Nation (Sports, Ward’s promoter) yet, though I am optimistic that it will get done,” she told me.

Judging by a Twitter poll, fans are pretty down with Barrera as the foe. He’s more explosive than Paul Smith, whom Ward fought last in a rust-shedder.

Expectations are that Ward-Barrera would be a lead-in to a super-fight, pitting Barrera against the acknowledged ace among 175-pounders. This being boxing, we don’t assume anything till the hitters are standing in front of Michael Buffer.

Michael Woods is more explosive than Paul Smith too, depending on the amount of tacos he grabs from La Slowteria.