Randy Petalcorin hopes for a better 2016 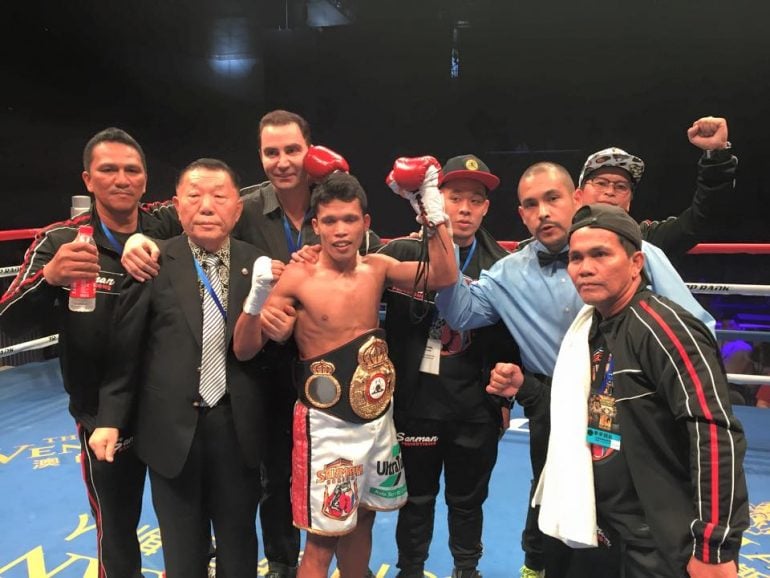 Last year was a good one for the junior flyweight division. THE RING’s 108-pound champ Donnie Nietes, successfully defended his WBO crown on three occasions. WBA ruler Ryoichi Taguchi did so twice, while the WBC and IBF titles changed hands with underdogs Yu Kimura and Akira Yaegashi claiming those belts respectively with excellent performances.

However, it was a frustrating year for THE RING’s No. 2-rated junior flyweight Randy Petalcorin.

“I was fit and ready to fight all 2015 but only had one challenge,” Petalcorin told RingTV.com through his manager Peter Maniatis. “I trained hard all the year in the Philippines and also trained in Melbourne with my manager Peter Maniatis but I am looking forward to 2016 training at Sanman gym [in General Santos City].”

Maniatis has helped build Petalcorin in China – where his last two fights have taken place – and he feels his fighter’s frustrations.

“Randy being the current interim WBA world champion we did not get any challenges from anyone in the top 15 in the world,” explained Maniatis. “To put on a world title fight you need rated boxers and also a promoter to make it happen… in the Philippines its very hard to put on world title unless you have network TV and sponsors, it will not work.

“I am trying to build Randy’s profile and interest in Australia and its getting there so hopefully Randy can fight in Australia again in the future.”

Petalcorin spent much of last year training but also bought his own house in his hometown of General Santos City which he renovated. He hopes to be fighting again soon.

“Randy will fight very soon. He cannot wait to get back fighting,” said Maniatis. “We would like to thank Bruce Trampler and Sean Gibbons and everyone at Top Rank and SECA for putting Randy on their events.”

The heavy-handed southpaw is keen to pit his wits against the best the 108-pound division has to offer.

“The light flyweight division has many very good boxers,” said the recently turned 24 year old. “Donnie Nietes has done amazing things being champion for so long, he is a great fighter. Ryoichi Taguchi is also a excellent fighter from Japan and there is Yu Kimura and Akira Yaegashi, both tough and very talented fighters, the division is stacked with talent its exciting to be part of it.”