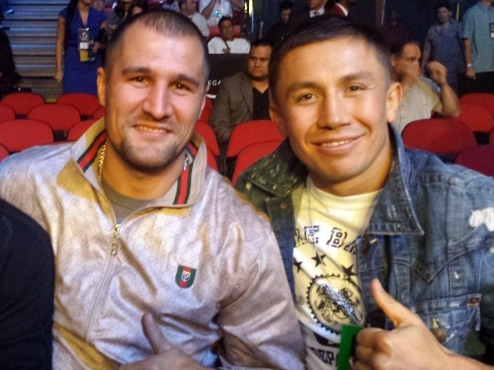 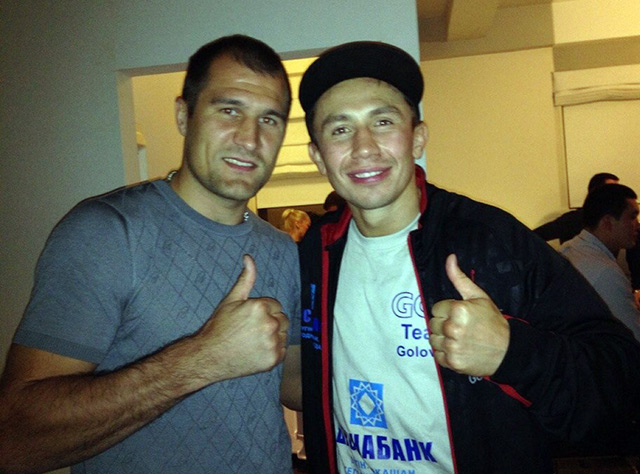 The year in boxing ticks down and soon we hit the reset button and start anew another installment of the never-ending season in boxing. The next week or two we will spend ample time looking back, assessing and analyzing and trying to make sense of what we saw.

They did some of that Wednesday night on HBO, on “The Fight Game,” Jim Lampley’s news and opinion magazine. Regular Max Kellerman had a strong show, as he vocalized some candid takes about the state of fight game nation. Among those hot takes, Mensa Max said that he thinks Gennady Golovkin is a bluer chip than fellow HBO marquee man Sergey Kovalev. Hmmm. It got me pondering…
I know one person who ain’t aboard that train with Max. With a nod toward the holiday spirit, Kovalev promoter Kathy Duva said she sees more blue in the Krusher than 3G. Here’s what she told me:
“Well, I’m not sure there has to be a competition. And I didn’t see last night’s broadcast. But this is the sort of question that is open to ÔÇÄinterpretation. So since Max brought it up:
“Sergey has already beaten a sure shot future Hall of Fame legend in Bernard Hopkins by actually beating him at his own game, outboxing him and shutting him out. Sergey has defeated two reigning world champions in their home towns in Nathan Cleverly and Hopkins. He stopped another Hall of Fame candidate and former world champion in Jean Pascal, also in his hometown. In addition, Sergey also holds a quick KO win over another former world champion in Gabriel Campillo. Please note that, except for one mid-round stoppage early in his career, Campillo’s other three previous losses–to Cloud, Murat and Shumenov–had all been by split decision in the home country or home base of his opponents.”
This Duva lady, she got lawyerly skills!

“Sergey is looking forward to a year in which–if we can get the fights done–he will face Pascal, Adonis Stevenson and another sure shot Hall of Famer in Andre Ward in succession,” Duva continued.

“GGG has beaten one reigning world champion in his career in (David) Lemieux–a guy who did not have a single successful title defense and had previously been stopped by Marco Antonio Rubio and lost a decision to Joachim Alcine. The only other former world champion on Golovkin’s record is Daniel Geale.

“So, while they are both great fighters and fun to watch, Sergey’s record speaks for itself. There is really no comparison, nor is there any reason to make one. I think they are both terrific and I am a big fan of Golovkin.

“I cannot predict how we will view their careers 10 years from now when we all look back. And Sergey and Golovkin are both blue chppers in my book. But Sergey has consistently dared to be great and he is already well on his way to becoming a legend in his own right. In my opinion, Golovkin has a way to go before he gets to the same place.

“In my opinion, they are both likely to arrive in Canastota when all is said and done.”

Well reasoned, Ms. Duva. And, I note, done with Yuletidey good cheer.
On that note…may I please wish all RING readers a Merry Christmas and happy holidays, whatever you choose to celebrate. Thanks for reading, ladies, gents and even Grinches.