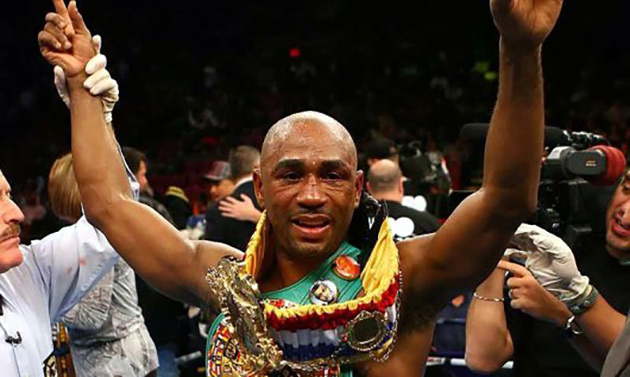 Boxing has been banned in Cuba since 1961, and few of that national’s amateur boxing standouts have managed the transition from the amateurs to the professional ranks. One of the notable successes is Joel Casamayor. He won gold at the 1992 Olympics and later became a two-weight world champion in the pros.

Casamayor was an outstanding amateur whose shining moment came when he added his name to boxing folklore in his homeland when he returned from the Barcelona Olympic Games with a gold medal.

“I was very happy when I won the gold,” Casamayor told RingTV.com through his partner Adriana Vila. “I felt really good. I was very happy. I was content with everything. I was 21 years old.”

Over the next couple of years he became disillusioned with life at home and defected on the eve of the 1996 Olympics, exiting the unpaid ranks with a record of 363-30.

“I didn’t like fighting for Cuba anymore,” he said. “I had it in my mind that I wanted to be a champion in the professionals and I couldn’t do it in Cuba. I was in Mexico; I was there for a few weeks with Ramon Garbey [A teammate on the Cuban team who won gold at the 1993 World Championships before turning pro with moderate success]. We went through the boarder from Mexico to the United States.” 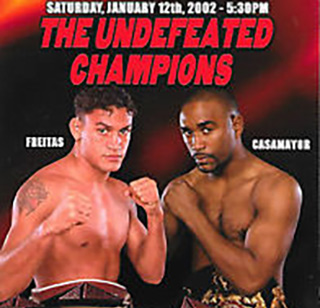 A close battle ensued; the Brazilian was awarded the decision. Casamayor is still unimpressed.

“I feel like he was this guy who came to America and all his wins and record didn’t mean anything to me, the fight was a robbery,” he said. “He was not an exceptional fighter. Everyone thought I won the fight; he didn’t have anything special about him.”

He would appear on the Lennox Lewis-Mike Tyson Pay-Per-View undercard and later took future lightweight champ Nate Campbell’s unbeaten record. In the fall of 2003, the Cuban stylist met Diego Corrales. Both men exchanged knockdowns in a wild affair. Corrales suffered a bad cut inside his mouth and the fight was stopped at the conclusion of the sixth round.

Looking back it was a significant fight for Casamayor: “When I knocked out Diego Corrales, that was my best win.” 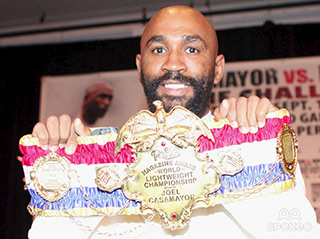 They met twice more, Corrales won the rematch before Casamayor took the trilogy, winning the vacant RING and WBC lightweight belts in the process.

Casamayor also fought Jose Luis Castillo, dropping a competitive decision, in 2004. He stopped a then up-and-coming Michael Katsidis in a war and fought legendary Juan Manuel Marquez on near even terms until getting stopped in the 11th round in 2008.

He remained active for a couple more years, losing when he stepped up in quality to Robert Guerrero and Timothy Bradley. After the Bradley fight he tested positive for marijuana. He retired soon afterwards with a record of 38-6-1, 22 knockouts.

“It was the end of my career – I didn’t train good,” he said of the Bradley fight. “I was separating from my wife and had a lot of stress in my life. I wasn’t focusing on my training. I only had three weeks to train and I had to lose all the weight, I wasn’t prepared at all for that fight.”

There was one fight the he craved that never happened.

“Floyd Mayweather Jr,” he said unsurprisingly. “I wanted to show the Americans that I was better than him but Floyd never gave me the chance.”

RingTV.com caught up with Casamayor and spoke with him about the best pro opponents he faced in 10 key categories.

BEST JAB
Diego Corrales: He knew where to aim and used his jab to follow with great shots. Even though I caught him with counter punches I figured him out and outsmarted him. His reach was his advantage.

BEST DEFENSE
Jong-Kwon Baek: The Korean guy I fought in Kansas City. I stopped him on cuts. I was just smarter than him and I hit him enough to cause the cuts that eventually stopped the fight but he had a great defensive strategy.

BEST CHIN
Jose Luis Castillo: I thought I was hitting him with good, heavy shots but he didn’t seem to feel anything. He is naturally strong and could take a punch.

FASTEST HANDS
Robert Garcia: Back in the day he was one of the fastest. I wouldn’t see punches coming in sometimes because he had really fast hands. He threw them with enough speed to create power. He was not the strongest guy I have faced in my career but one thing about him was his speed.

FASTEST FEET
David Chamendis: It was on a Pernell Whitaker undercard against Wilfredo Rivera, it was my first fight in my career. It was a four rounder, it was 1996 in Miami. He was just running around the ring. I knocked him out even though I was chasing him the whole fight. 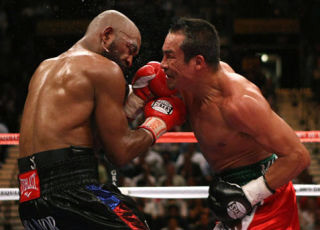 SMARTEST
Juan Manuel Marquez: He was a master at boxing. He came in with lots of experience. After the fight, I felt that there must have been things that I have missed practicing at training because I thought I prepared myself enough to be able to beat him. I thought I was going to win the fight but he caught me, so he outsmarted me that night and that stunned me.

BEST PUNCHER
Castillo: The body shots of Castillo were out of this world. He was the best puncher, not just to the body but every punch. He knew how to throw punches. His footwork was excellent and that allowed him to be prepared and positioned to throw punches accurately.

BEST SKILLS
Castillo: Cutting the ring off is what he was doing, meaning if I would go right, he wouldn’t follow me but step to my right to stop me from going in that same direction. That’s a strategy that is taught in boxing, and it works. His footwork was excellent, his punches were accurate. He looked really good in the fight.

BEST OVERALL
Marquez: Juan Manuel Marquez because he was hard to figure out. I would punch and I would miss, I couldn’t catch him. He was also very strong, good on his feet, great puncher, fast and he knows the art of boxing. Marquez was very smart. His punches were accurate as well, he was crafty.