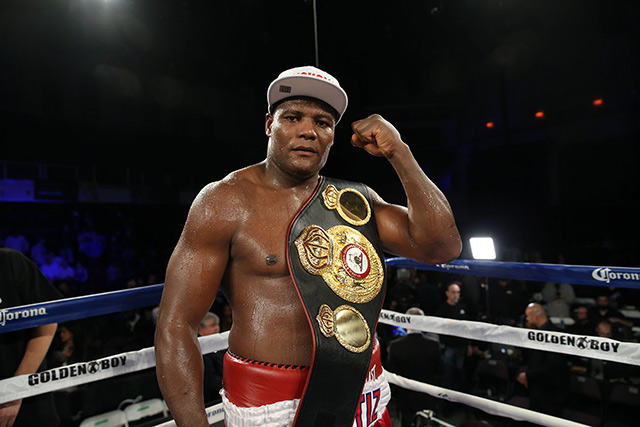 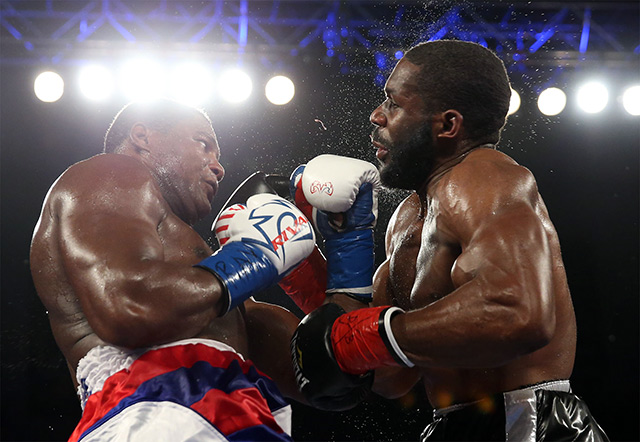 VERONA, N.Y. ÔÇö The images came over in flinty, flickering back-and-white. What little Luis Ortiz was able to make out on his tiny TV was impressive enough to change his life. That’s how Ortiz was introduced to Muhammad AliÔÇöand to boxing. By tilting his head left to right to make out “The Greatest” on a barely working Cuban television.

Ortiz’ boxing journey started there in the hills of Cuba, where owning a goat was a luxury, to escaping to Mexico, momentarily kidnapped and held hostage, then eventually winding up in the United States to embark on a professional boxing career. His odyssey received a tremendous bump Saturday night, when “King Kong” stopped Bryant Jennings at 2:41 of the seventh round to the shock of everyone Saturday night at the Turning Stone Resort & Casino and the audience watching HBO’s “Boxing After Dark.”
Ortiz (24-0, 21 knockouts) combated the flu all week to become the first fighter to stop Jennings (19-2, 10 KOs). But he had pushed through a lot more than that before he was able to have his moment before a national TV audience.
“I was never going to pull out of this fight when I was sick,” said Ortiz. “The past weekend I was vomiting. But I kept training. I’ve been through too much to not get into the ring. There’s my daughter (who suffers from a rare illness) that I have to think about, and my family and this opportunity. There was nothing that was going to keep me out of the ring tonight.”
Ortiz kept connecting with a vicious left uppercut. It created problems for Jennings in the opening round, rocking Jennings early. It seemed as if Jennings was never able to recover. He possibly had one quality round, the fourth, but otherwise Ortiz controlled almost every minute of the fight.
“I wanted to knock him out,” Ortiz said. “It’s not the best win of my career, no, not yet. When I’m the ultimate world champion, that’s going to be my best victory. What I’m trying to accomplish is accomplish my dream. Ever since I first saw my first fight, which was Muhammad Ali, on a small dingy TV back in Cuba, my dad introduced me to boxing. I wanted to be heavyweight champion.”
Herman Caicedo, Ortiz’ trainer, wasn’t about to risk putting Ortiz on antibiotics leading up to the fight. Ortiz had tested positive for the banned anabolic steroid nandrolone in the post-fight drug screen after stopping Lateef Kayode in the first round on Sept. 11, 2014. It was later ruled a no-contest by the Nevada Athletic Commission.
“Everyone knows Luis’ history and it wasn’t something we were about to do in dealing with the flu,” Caicedo said. “I think it’s a real testament to Luis. He battled this. He was bed for six of the last 10 days leading up the fight. We stayed on the safe side. It was rest and doing as much natural things we could to get him right. He was really a mess. He couldn’t do anything. He had a fever, congestion, running nose and a cough. It’s why we upped the natural stuff. We went against doctor’s orders and took nothing. But we told everyone, the commission, everyone we had to that Luis was sick.”
Everything on Ortiz ached. Once he got in the ring, that all changed. Ortiz wanted to vindicate himself from what happened last year for the positive test. Jennings brought up the topic a few times leading up to the fight.
“Luis is from the hills in Cuba and he had to escape, getting on a boat, going to Mexico,” Caicedo said. “He was kidnapped in Mexico, if you can imagine a 6-foot-5 guy could be kidnapped. He escaped from that, walked through Mexico and made it to the border. At the end of the day, Luis shouldn’t have done what he did tonight. Luis has had so many things stacked against him in life. When you really want to win, nothing will stop you. Real warriors will do that.”