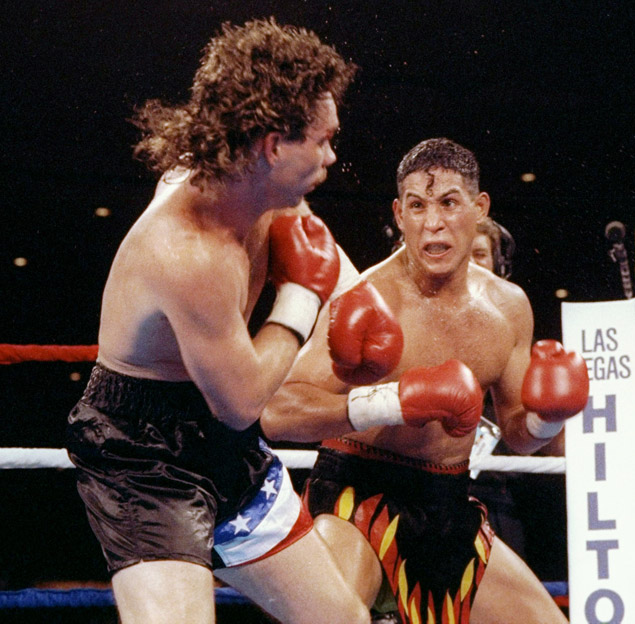 Hector “Macho” Camacho heads the International Boxing Hall of Fame Class of 2016, it was announced today.

Camacho is joined by Lupe Pintor and Hilario Zapata in the “Modern” category. Among others who will be inducted in June in Canastota, New York, are judge Harold Lederman, Nevada official Marc Ratner, journalist Jerry Izenberg and broadcaster Col. Bob Sheridan.

Camacho, who died in 2012, was perhaps best known for his flamboyance but he was special boxer whose career spanned 30 years. The slick, quick Puerto Rican held four world titles in three divisions in the 1980s and ’90s.

Pintor (56-14-2, 42 KOs) was a big puncher out of Mexico who held titles in the bantamweight and junior featherweight divisions in the ’80s and ’90s.

“Thank you very much,” Pintor said. “This is great news for me. I have been waiting for this news and I am very happy it happened while I am alive. I am very emotional and very thankful for this distinction.”

“Thank you. I want to scream I’m so happy about being elected,” Zapata said. “I look forward to getting the Hall of Fame ring and seeing the fans and sharing this honor with them in Canastota. I’m especially honored to be in the Hall of Fame with Roberto Duran. I have a close relationship with him. He was an inspiration to my career. “

Lederman was a longtime judge who is best known for being the unofficial judge on HBO broadcasts. Ratner was the respected Nevada State Athletic Commission Executive Officer for many years. Izenberg is an iconic sports writer from the Newark (New Jersery) Star-Ledger. Sheridan is a longtime broadcaster, perhaps best known for calling the Buster Douglas-Mike Tyson fight.

Posthumous honorees are Petey Sarron (Old-Timer) and trainer Whitey Esneault (Non-participant). Sarron (102-23-12, 25 KOs) was a featherweight contender in the 1920s and ’30s out of Birmingham, Alabama.