Why it’s OK to marinate the Canelo-Golovkin date 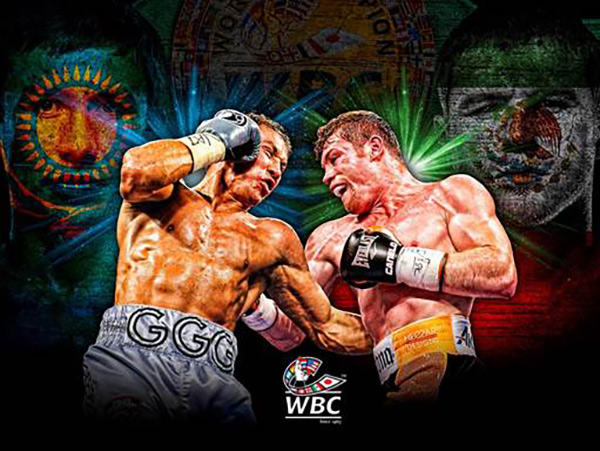 You want it, you are quite likely to get it…but you will have to wait.
You may not like it; it might irk you but this is the boxing business and it makes most business sense, I think, to do the marination thing and have both Gennady Golovkin and Canelo Alvarez take one fight each, against other fighters, before signing to fight each other.

I saw a column yesterday, which saw the writer screaming to high heaven about this development, in which all parties decided to go the marination route. And while I get the desire to see the best fight the best, ASAP, I think it’s wise for us to always bear in mind that this is the boxing BUSINESS. And the prudent business decision, in the minds of the deal-makers, which include Canelo’s promoter, Oscar De La Hoya, the Golden Boy Promotions boss, and Tom Loeffler, head of K2 Promotions, who promotes Golovkin, is to proceed thusly.

We can debate the merits of that – and debate we shall – if this marination move goes off the rails and, say, Canelo gets beat his next time out…or the same happens to Golovkin. But my guess, if neither man gets matched against King Kong in his next tangle, and both win, and then face off in the fall…

First, Golovkin; he holds the IBF and WBA 160-pound belts while Canelo holds the WBC and RING titles. Andy Lee holds the WBO’s strap, which he puts up for grabs on Saturday, in England, against Billy Joe Saunders. There’s also contender Danny Jacobs to consider.

From my perch, I think it possible we see Golovkin butt heads with Bahamanian banger Tureano Johnson, 31. Johnson, promoted by Golden Boy, is rated No. 1 by the IBF, so common sense suggests he gets the gig. He’s made it clear he wants it.

Alvarez, you likely know, last fought Miguel Cotto, and beat the Puerto Rican with relative ease. That is his signature win to this point; he was ranked No. 1 by the WBC and behind him was Jorge Sebastian Heiland.

Would Heiland possibly get the call to fight Alvarez? I posed that to Golden Boy exec Eric Gomez (full disclosure: Golden Boy owns THE RING magazine and this website). “First, Canelo versus Golovkin is, I think, the next mega-fight in boxing,” Gomez said. “Canelo does want it…it will happen. And next for Canelo? May 7 is the date. As far as opponent goes, Canelo is on vacation. We’ve agreed we’ll all meet up the second week of January to discuss that.”

Checking the WBC rankings, I see Heiland is No. 2, Arif Magomedov is No. 3, Michel Soro No. 4, Ryoto Murata No. 5, Chris Eubank Jr. No. 6…any of those guys stand out as being near the top of a list? “Every and all of them we will consider,” Gomez said. “We will take our time, go through the list with due diligence.”

OK, we got date, and foe is TBD…What about a site? Vegas and Texas and LA will be considered. And NYC, as well. Golden Boy will meet up with the Madison Square Garden brass next week to see if maybe Canelo is a fine fit to show off his stuff in the media capital of the universe. I’d vote for NYC, myself, as the media buzz he will attract here would be incalculably beneficial to his buzz factor.

Also, for those sulking because we don’t get Canelo vs. Golovkin next, I’m reading in between the Golden Boy lines…and you have to ask, OK, if Canelo fights Golovkin and wins, what does he do? Who’s there for him? There are no really fabulous logical options. So it makes sense for some time to pass, allow some other options to emerge and, please, remember this bottom line: This is the boxing business…and decisions will almost always be made with factor one being how much revenue can be grossed. That’s a truth; you don’t have to agree with it or like it but it is what it is.

Tom Loeffler will also be sifting, as part of Team Golovkin, the wisest course of action for his fighting pride of Kazakhstan. I spoke to Loeffler on Tuesday; he’s in Panama, for the WBA annual convention.

He said that yes, ideally, next fight would be GGG vs. Canelo but he gets it why others want to let it marinate. “It makes sense business-wise to wait for one fight,” he said. “Gennady knows his career is not a sprint; it’s a marathon. Sometimes, it’s a give and a take situation. if it was two years, then that’s one thing. But this is less than a year.

As the fight will likely be a mandatory situation, with Canelo defending his title, it would be contested at 160, proper, so that’s one upside. It only makes sense, as on fight nights, Canelo has of late been coming in weighing more than Golovkin, the promoter said.

So, in the interim…Will Golovkin fight Tureano Johnson in February next? Or maybe play the wait-and-see, see how the Lee vs. Saunders bout plays out? “Tureano is certainly possible,” Loeffler said. “Our goal is the biggest fights. Lee-Saunders winner would be a priority because we want to unify.”

Hey, what about that fierce young gun, Danny Jacobs? “We met Danny last night at the convention,” Loeffler said. “He’s a great guy, a great champion, with a great story. Has there been an offer made to (his adviser, Al Haymon)? Not yet..,but we have no problem doing business with Al. That would also be at the top of our list. Golovkin versus Danny in New York would be huge. I have a good relationship with Al and with promoter Lou DiBella (who promoted the Jacobs win over Peter Quillin).”

Botton line, then? “The priority would be the WBO belt,” said Loeffler, so we should all be watching the Lee-Saunders bout extra hard.

“The middleweight division is very hot and ‘Triple G’ is the hottest boxer in the sport, so we are looking forward to another big year!”

Readers, I respect your acumen; what would you like to see play out in the 160-pound class moving forward? Tell us, in the comments section.
C’mon, Woodsy, the “Baron of Brooklyn,” himself…we ALL know why you’d like to see Canelo-Golovkin staged at Madison Square Garden: 16 Handles fro-yo, dog!!