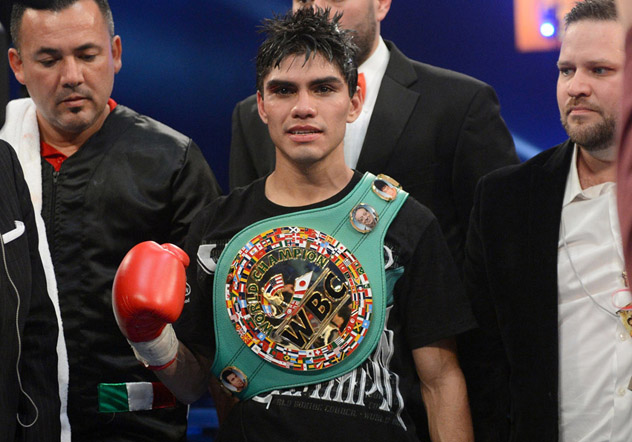 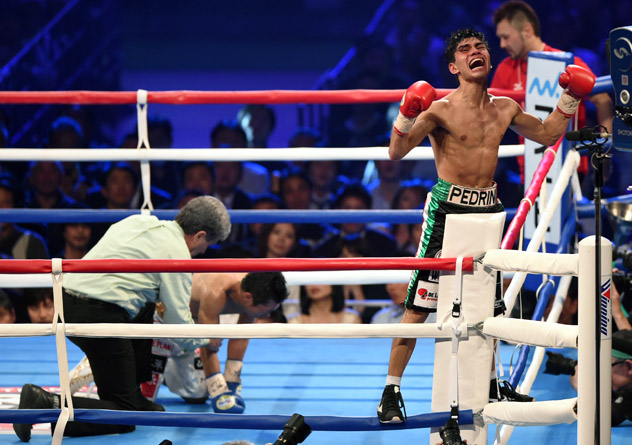 In late November Pedro Guevara lost his WBC junior flyweight title against Yu Kimura by split decision. Although Barry Lindenman scored it for the defending champion 117-111 he was outvoted by his colleges Jun Bae Lim and Noppharat Sricharoen who both had Kimura ahead 115-113.

Unsurprisingly, Guevara whose ledger dipped to 26-2-1, 17 knockouts, believes he deserved to retain his title.

“I’m sure I had control of the fight at all times because I fought smart,” Guevara told RingTV.com through his promoter Mariano De Leon. “At the end of the 12 rounds I felt sure I won because of what I did during the fight but also because Kimura’s face looked frustrated.

“The only thing that Kimura did during the fight was hook, hold and head punch. I did the best legal boxing job and even though I should had closed the fight harder. I’m sure I won eight or nine rounds and it is not fair that judges throw that work into the trash.”

De Leon the president of De Leon Promotions – a partner of Promociones Del Pueblo – was equally frustrated that his fighter wasn’t given the decision.

“I would like to pose again your question because it should be: Did Kimura do enough to defeat the world champion? Of course he did not!” said De Leon. “According to my score, which I have done three times, Pedro won seven clear rounds. In a world championship fight the challenger has to win every round very clearly to get the score. It was close, which means Kimura did not beat the champion.

“Such is boxing and it is sadly recognised that when you fight in another country, you have to knockout the opponent.

“I respect the WBC; I think that Mauricio Sulaim├ín is the correct person to be the president that boxing needs. But as with anyone in the world, there are some things to improve, and there are many good things and people in the organisation, like judge Lindenman from USA who had a very clear and objective score of the fight. I’m not saying that there were bad intentions, but I’m convinced that the Korean and Thailand judges were not at the height of a world champion fight, mainly because they got impressed by the local audience noise and because they didn’t score considering who the champion was.”

It’s a time-old adage that fighting on the road brings its own risks. Guevara and his team flew from Monterrey, Mexico to Narita in Japan a journey that took 14-and-a-half hours, Narita to Tokyo is a one-and-a half hour commute and the final leg saw them catch a train which is a further one-and-a-half hours.

Despite losing, they were treated exceptionally well and there was none of the funny business that can go on for an away fighter.

“Even though it is a long trip [the] people from Teiken Promotions always make things easier; Mr. Honda is a truly a gentleman,” De Leon said. “We really felt like we were [at] home every moment but during the fight. They don’t miss a single detail.

“We were treated excellent by the people from Teiken, and not so well by the Oriental judges or by the Japanese WBC supervisor.”

De Leon says there will be a rematch after each fighter has one interim fight.

“[The] rematch is already agreed since we signed for this fight. Guevara is fighting Kimura in his second defence.

“Pedro will fight before and according to the contract [the] rematch has to be in Mexico.”

Guevara – a trained lawyer – is itching to get a second chance to face Kimura and hopes that he can not only fight in Mexico as De Leon mentioned but also face the Japanese speedster in Mazatlan, his hometown.

“Of course I want the rematch,” Guevara said. “My promoters have told me that they have that already fixed, that belt belongs to me and it is coming back home.

“I’m going to keep training very hard to do what is on my hands. Also, I’m going to ask for Mazatlan’s mayor support Carlos Felton and the Sinaloa Governor’s Mario L├│pez Vald├®z, so I can become champion in my hometown, Mazatl├ín, Sinaloa, M├®xico.”