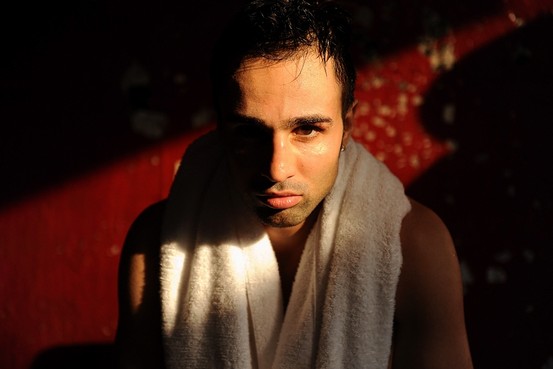 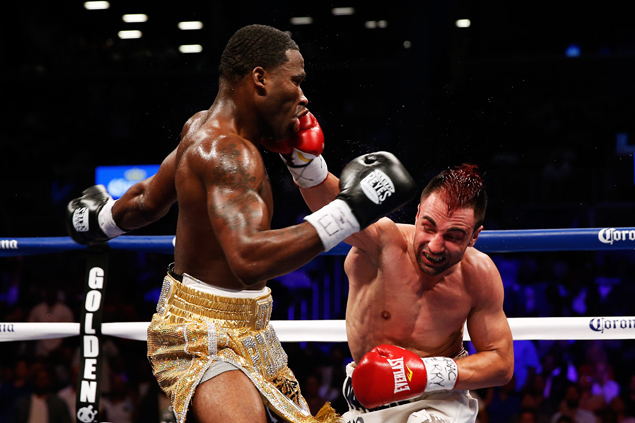 It was strange to hear former two-weight world titleholder Paulie Malignaggi sound so deflated. Habitually one of the most sparkling personalities in world boxing, the late notice withdrawal of European welterweight champion Gianluca Branco clearly still resonates with “The Magic Man”.

Tonight, in London, England, Malignaggi will face a replacement by the name of Antonio Moscatiello and while the vacant European Union title is on the line, the possibility of claiming that strap does not appear to have quelled the former champion’s massive disappointment.

“Branco stated that terms weren’t met but I know for a fact they were,” said Malignaggi sharply. “He was being paid much more handsomely than he would normally be for a European title defense, so that was just an excuse.

“When he was called out on that he started saying that he was injured in training a month ago and everyone knew he wasn’t going to fight. That was news to me, so we’ll see what excuse he comes up with tomorrow. He’s made one a day so far.”

This reporter has rarely heard Malignaggi sound so incensed with another fighter. Forget the ex-rated slapstick comedy with former rival Adrien Broner, this was different and, according to the 35-year-old Brooklynite, the beef with Branco has been simmering for over a decade.

“He’s always been envious of me,” Malignaggi said dismissively. “He’s forever saying that I’m not a real Italian and he hates the fact that I get more press coverage in Italy than he does.

“This goes all the way back to when I was a prospect and he was fighting Arturo Gatti (January 2004). I was friends with Arturo, so obviously I was on his side and I think Branco felt slighted by that. He felt that I should have supported him.

Malignaggi continued, “A couple of years later, when Branco fought Miguel Cotto, I attended that fight because I’d agreed terms to face Miguel next. Branco didn’t like that Cotto’s next fight had already been arranged and he took even more offense because it was against me.”

During our conversation, Malignaggi stated that he had little interest in rescheduling a bout with Branco as he’s not convinced that the fight would take place. The 45-year-old European champ is now committed to making a defense against Leonard Bundu and, needless to say, Malignaggi is crossing his fingers that the title changes hands.

In any case, the forgotten man in this soap opera is the unheralded Antonio Moscatiello. Malignaggi had actually been IBF junior welterweight champion for over a year when Moscatiello turned professional in 2008 and the Milan-born technician has yet to score a notable victory in his career.

Malignaggi said, “I know Antonio and he’s a friend of mine. We’ve actually sparred a couple of rounds in the past, so I know a little bit about his style. He had a fight last month and was looking to squeeze another one in before the end of the year and this opportunity was perfect for him.

“I understand him taking the fight because this is business. I don’t take it personally and it’s a great chance for him to earn a little money before Christmas. I’m going to do my best to look great in the fight and if I get the win, hopefully something nice comes out of it.”

Malignaggi has discussed fighting for the European championship with this reporter for over a year now. Many fans are perplexed as to why the belt means so much to an ex-world champion but, in reality, it’s far from complicated. Firstly, the 35-year-old’s Italian roots mean the world to him and secondly, as holder of a European passport, the EBU granted him permission to fight for the title.

Malignaggi vs. Moscatiello is an undercard attraction, topped by Anthony Joshua vs. Dillian Whyte which will be contested for the British and Commonwealth heavyweight titles. The show is available in the U.K. via Sky Box Office.