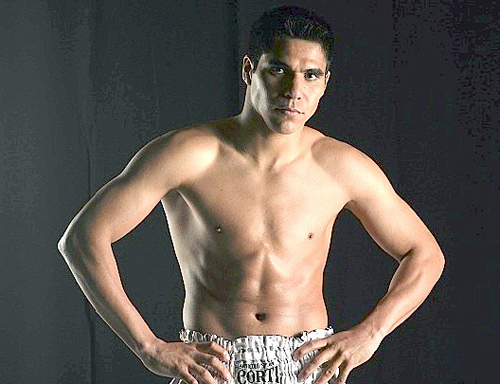 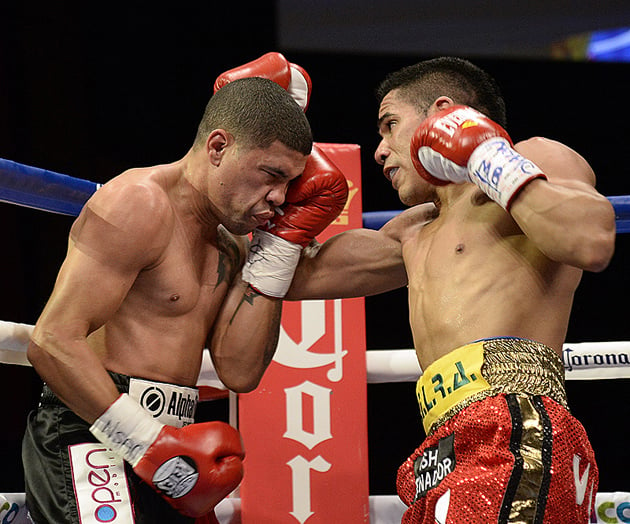 Winning in hostile territory frequently separates true champions from the rest of the pack and in line with Argentina’s long tradition of fighters doing just that, featherweight Jesus Cuellar will venture outside of his home country for the sixth straight time when he faces Jonathan Oquendo at the Barclays Center in Brooklyn, New York, on Saturday.

Cuellar, appropriately nicknamed “The Foreigner.” faces the respected Puerto Rican on the undercard of the eagerly anticipated middleweight showdown between Daniel Jacobs and Peter Quillin, which will be broadcast by the Showtime network, and the 28-year-old southpaw is eager to make his beloved country proud.

“This will be a great victory for Argentina,” said Cuellar who is rated No. 9 by THE RING at 126 pounds. “I fight for my country, for my team and for my family. This is a great stage for me to showcase my talent against a talented fighter. I know (Oquendo) will be prepared but I will not be denied.”

The distance between Cuellar’s current level of popularity among his countrymen and that of his predecessors, such as Sergio Martinez and Marcos Maidana, does not deter him. He continues to ascend the featherweight ladder and his stock has risen steadily with each successive victory.

Cuellar (27-1, 21 knockouts) has won 10 straight bouts since his lone defeat to Colombia’s Oscar Escandon, who stopped him in seven rounds in Oct. 2011. Among his victims were former titleholders Vic Darchinyan and Juan Manuel Lopez, who both succumbed to resounding stoppage defeats.

On Saturday, his next opponent will undoubtedly carry more ambition but Cuellar remains unfazed.

He said, “I didn’t expect to be fighting Jonathan Oquendo but they mentioned his name and I want to fight the best.

“Jonathan comes from a lower weight division where he fought some great competition. But as long as I come in prepared for this fight, Oquendo is just another opponent and he doesn’t bother me. I know what I’m capable of accomplishing in this fight.”

Being unknown due to limited exposure in the U.S. means that fans are still warming to Cuellar’s potential. They’re likely to learn a lot more in this intriguing matchup with Oquendo (26-4, 16 knockouts), who is fiercely determined to reach the top.

“We both have aggressive styles, so this will be an action-packed fight,” predicted Cuellar.

“There will be a lot of Puerto Ricans supporting him but they won’t change anything. I’m coming in very prepared because I know Oquendo is a tough fighter, so we can’t take him lightly. We’re ready for 12 rounds; there will be a lot of punches thrown but I will knock him out.”

After commencing training camp in Argentina and completing the bulk of his preparation in Los Angeles, where he bunks with Argentine buddies from Team Maidana, Cuellar plans on seizing the attention generated by a star-studded card to leave an impression on fans and press alike.

“I want to make a statement on Saturday,” he said. “Everyone in the division should watch out because I’m coming for the top spot. I’m too motivated, too strong and too talented to be stopped. I know that there are great champions at featherweight and I will fight any of them.

“I have no fear and I am extremely confident in my abilities.”

Editor’s Note: Cuellar vs. Oquendo will be contested for a version of the WBA featherweight title which is unrecognized by THE RING