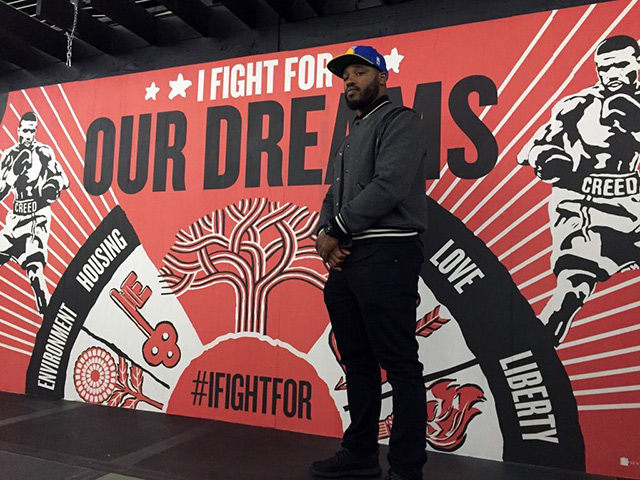 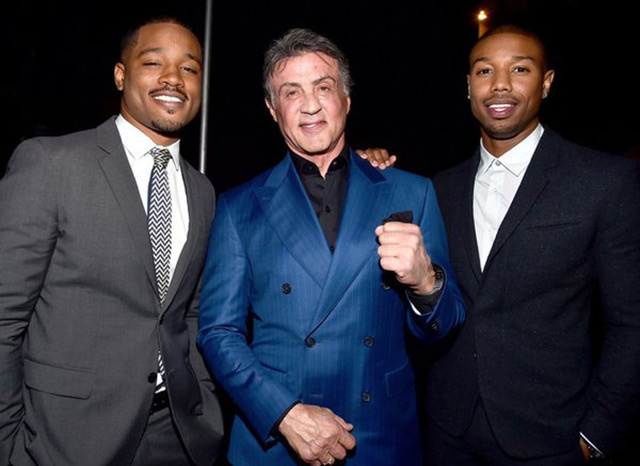 With Creed opening to critical acclaim and a strong $42.9 million opening weekend, 29-year-old director Ryan Coogler is seeing a longtime dream finally come to fruition. Not just as a director, but also as a son who was able to give his father the ultimate gift.

You see, when Coogler was a child, he’d watch Rocky movies with his father. Somewhere in-between Sylvester Stallone’s exploits as Rocky Balboa, he started wondering about what wasn’t seen on the screen. As a young African American man, he became infatuated with the story of Apollo Creed and started thinking about what happened to Creed’s family after the character that Carl Weathers portrayed fell victim to Ivan Drago in Rocky IV.

“Being a young black Rocky fan I loved Apollo Creed and I always had a curiosity about what was going on with his family,” Coogler told RingTV.com. “When he dies in Rocky IV we followed the protagonist to see how it affects Rocky but we never saw how it affected Apollo’s family.” 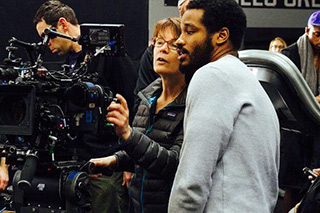 As Coogler began his foray into being a director – and before he got behind the lens for 2013’s critically acclaimed Fruitvale Station – the beats to a spinoff story that follows Apollo Creed’s illegitimate child began to craft itself in his head. He figured that one day he’d get the opportunity to direct a film that carries on the Rocky legacy.

Just as he was finishing up film school at USC, he decided to tell his father, who was stricken with a mysterious neurological disease that left him unable to walk (he’s since been cured), about his idea.

“I told him about the idea when he was sick. We might have talked about it in the hospital and he responded with ‘That’s kind of cool.’ He didn’t really think I was going to make it.”

Imagine the satisfaction when Coogler finished his script with Aaron Covington and convinced Sylvester Stallone to sign off on it after Stallone saw how brilliant Michael B. Jordan was in Coogler’s Fruitvale Station. It’s one thing to see a dream come to fruition, but to be able to gift it to his father was something beyond anything he ever imagined.

“He became really emotional,” Coogler said of when he took his father to the premier and planned to take him to a non-industry screening over the weekend. “It was definitely a great moment for me as a son to give my father something like that.”

Now that Creed has proven to be a success, could there be plans for the spinoff to see an extended series of films like its predecessor? Fans of the film are already clamoring for a sequel and judging by how well it did at the box office, the studio will likely look to bring Adonis Creed back to the big screen sooner than later. But is Coogler open to the idea of Creed 2?

“It was just one story about these people who came together in this moment,” he said. “It was such a farfetched idea that even this would get made. There was no forward thinking back then but if the opportunity came up for us to work together again and dive back into the world of these characters I’d be so excited.”