With Stevenson on his mind, is Kovalev overlooking Pascal? 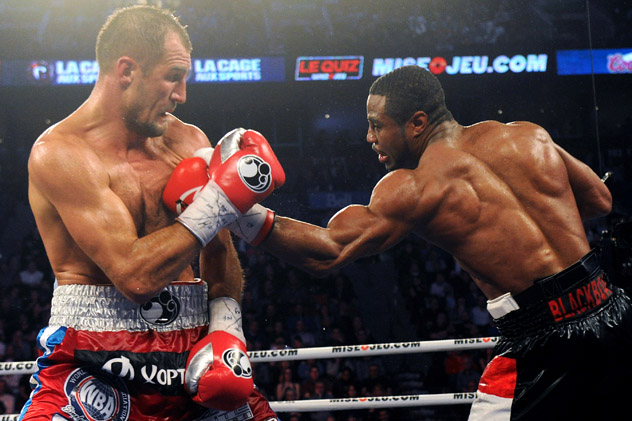 It’s been an eventful past few days for the IBF , WBA and WBO light heavyweight titlist Sergey Kovalev (28-0-1, 25 knockouts). It started with a chance encounter with WBC beltholder Adonis Stevenson at last Saturday’s exciting James DeGale-Lucian Bute bout in Quebec City and when, yesterday, Kovalev and Jean Pascal got together in Montreal to announce their rematch scheduled for Jan. 30, 2016.
This morning, Kovalev posted a photo of his encounter with Stevenson on Instagram and mocked the Haitian-Canadian in Russian by saying, “When you want to punch someone but you can’tÔÇªbecause you can make millions f***ing him up in the ring.” 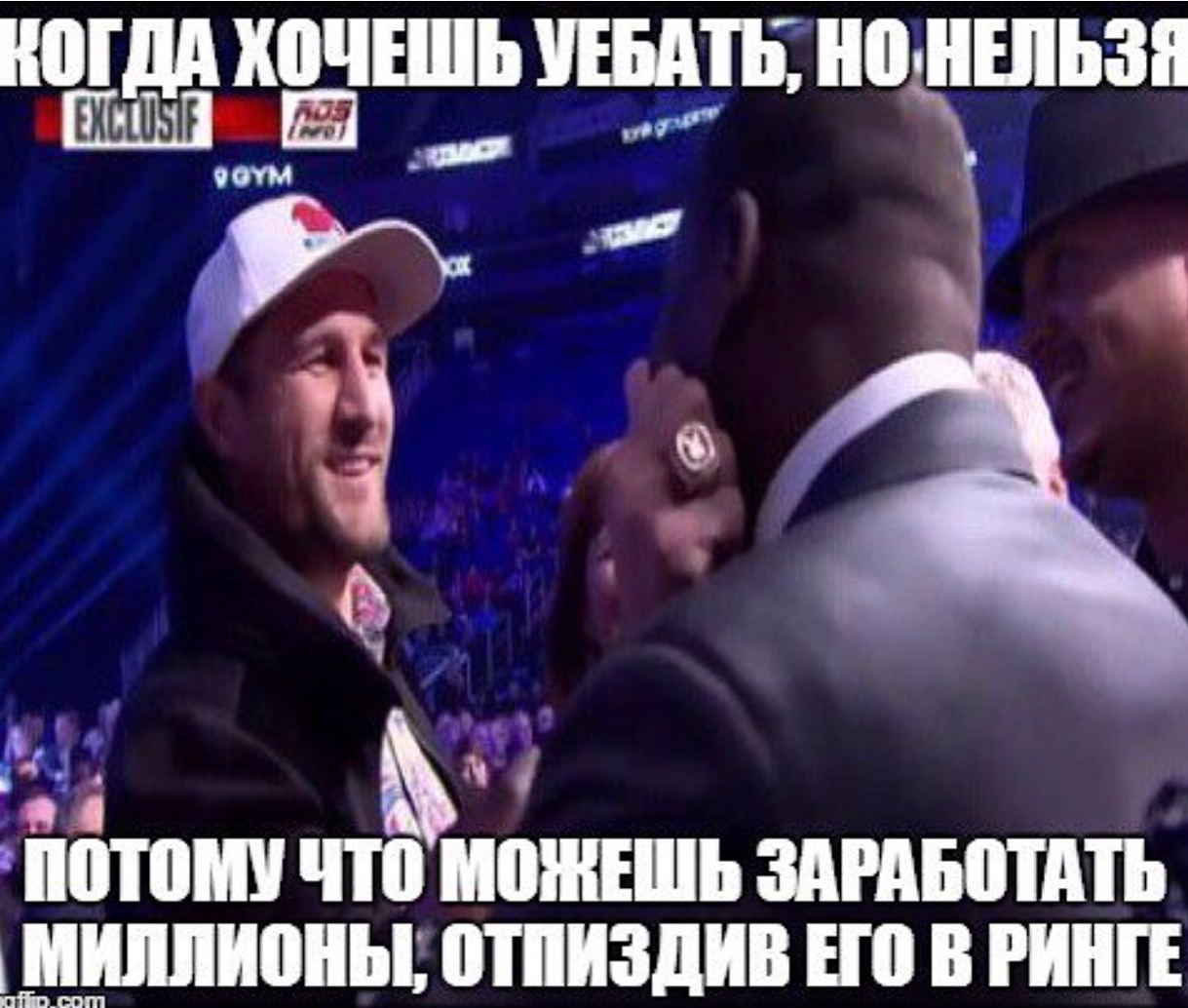 Kovalev posted the photo just one day after he traveled the short distance from Quebec to Montreal’s Bell Centre to pose with Pascal for photos and be take verbal pot shots from his upcoming opponent for his troubles. As he did the first time around, Pascal wasted no time going in on the offensive, calling Kovalev a racist and saying the Russian fighter lacks class and respect for the Canadian boxing fans. Although Kovalev stopped Pascal by TKO in the eighth round last March, Pascal vowed a different result this time with the addition of new trainer Freddie Roach.

Kovalev opted to not engage in a verbal sparring match with Pascal and simply told the assembled press that he is a fighter not a talker and everyone can follow him on the various social media sites to get a sense of who the fighter really is.

Stevenson (27-1, 22 KOs), also the former RING champion at 175 pounds, is the man Kovalev has long hoped to meet in the ring to unify all the belts in the division. On Saturday, Stevenson dropped in on Kovalev at ringside in Quebec and everyone around them started snapping photos and eavesdropping on their conversation, making the moment feel similar to the Floyd Mayweather Jr.-Manny Pacquiao meeting at a Miami Heat game last January.

Stevenson and Kovalev seemed cordial with one another with Stevenson even attempting to broker a deal to finally meet in June. Kovalev was happy to oblige but added, “The fight will be on HBO.” Stevenson flashed his million dollar smile and replied back, “Whichever network wants to pay the most.”

The major obstacle which has prevented this fight from happening is Kovalev is signed exclusively to HBO while Stevenson, who used to fight on HBO, is with Al Haymon, whose fights are broadcast on Showtime in addition to free network television. Earlier this year, Kovalev and his team decided against participating in a WBC purse bid and Kovalev’s promoter, Kathy Duva of Main Events is showing loyalty to HBO, who has made the investment to make Kovalev a star.

When Showtime’s Brian Custer tried to interview Stevenson about a possible bout with Eleider Alvarez, who just became his mandatory, Stevenson quickly changed the subject to Kovalev.

Stevenson said he told Kovalev to forget about the networks and let them work together like they did with Mayweather and Pacquiao. Stevenson told Custer he believes the fight will happen in June.

Another twist in the Kovalev-Stevenson saga is that Andre Ward has already agreed to face Kovalev at some point in 2016 if Kovalev gets by Pascal and Ward wins a tune-up bout in early-2016. The bout with Ward would be Kovalev’s first time headlining a pay-per-view attraction and would be his largest purse to date.

So the onus is now on Kovalev to keep his focus on Pascal and not be distracted by the prospects of facing either Stevenson or Ward for a million dollar payday. Kovalev does have experience in such high-stakes balancing acts. The day before he faced Blake Caparello, Kovalev signed to face Bernard Hopkins but that fight only came off had he gotten past Caparello first. The pressure looked to be weighing greatly on Kovalev, who was knocked down in the first round when he was off balance. Fortunately for Kovalev, he shook it off to knock out Caparello in the second round.