Shane Mosley’s next fight is on the house 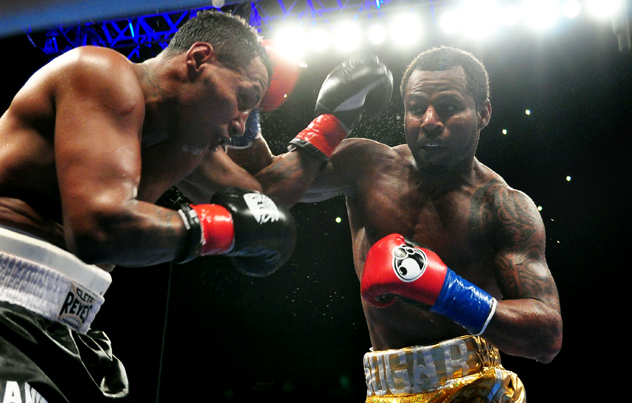 Shane Mosley is in the gym, readying himself for another scrap, as he looks to secure another title crack in the near future.

The 44-year-old Cali resident fights Dec. 17, in Panama, against foe TBA, and for a cause beyond his personal advancement.

“I am fighting at the WBA convention in Gilberto Mendoza Sr’s honor,” Mosley told me, referring to the president of that sanctioning body. “He has been sick and I have always cared about him and his family. I spent a lot of time with him in Panama. So I told him I would spend Christmas with him and fight in his fight for his KO drug campaign, for free.”

“That’s it,” said Mosley, coming off a win over Ricardo Mayorga. “I am fighting for my friend, Gilberto. It lifted his spirits and I’m happy to do it. I’m ready to show the world I am still world class!”