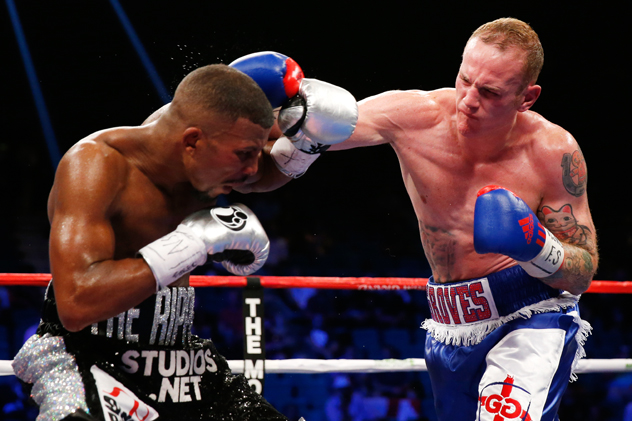 George Groves will begin his assault on a fourth world title shot at the top of a stacked Matchroom Boxing and Team Sauerland card at the Copper Box in London on Saturday, January 30, live on Sky Sports.

The Hammersmith man lost out in a split decision to Badou Jack for the WBC super middleweight title in Las Vegas in September but has ambitions to land his dream World title in 2016.

“It’s great to be back,” said Groves. ”I’m looking forward to boxing in London again. This is a chance for me start the New Year on the front foot. I want to get as many fights as possible and start building momentum as I look to work my way back into world title contention.”

Hibbert climbed off the canvas to stop Dave Ryan in the tenth round of a barnstorming third encounter for the Commonwealth title at The O2 in September, while Martin stopped Michael Devine on the same bill to land the vacant WBA Continental strap.