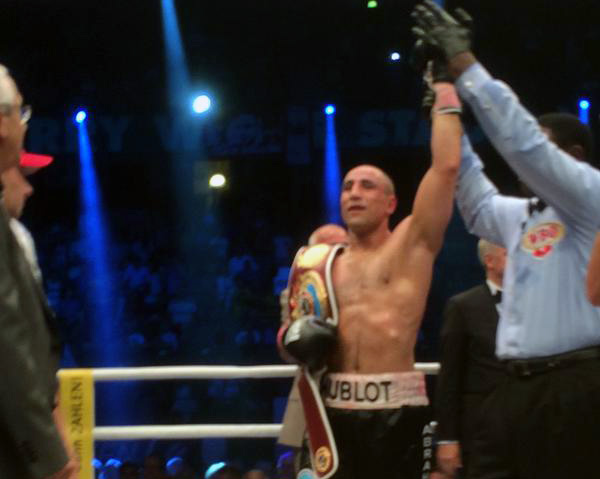 Abraham, rated No. 1 by THE RING at 168 pounds, boxed his usual type of fight. He absorbed many of Murray’s attacks on the gloves and arms, ignoring opportunities to counterpunch, and opened up late in most of the sessions.

Many of Murray’s bursts were eye-catching, whereas the German carried the power advantage when he did let his hands go. It was rough at times with Abraham guilty of rabbit-punch infringements and the challenger losing a point in the tenth for holding.

Both men claimed victory at the end but the 35-year old Abraham’s power and home court advantage proved decisive.