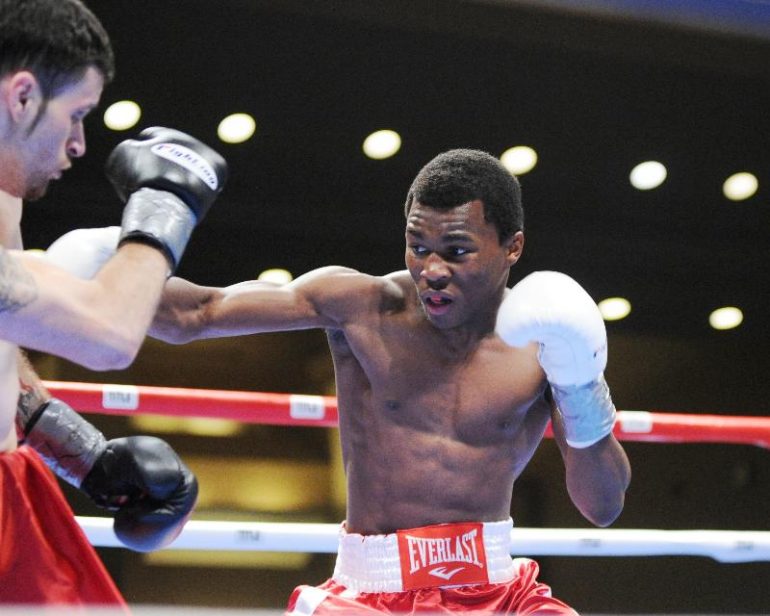 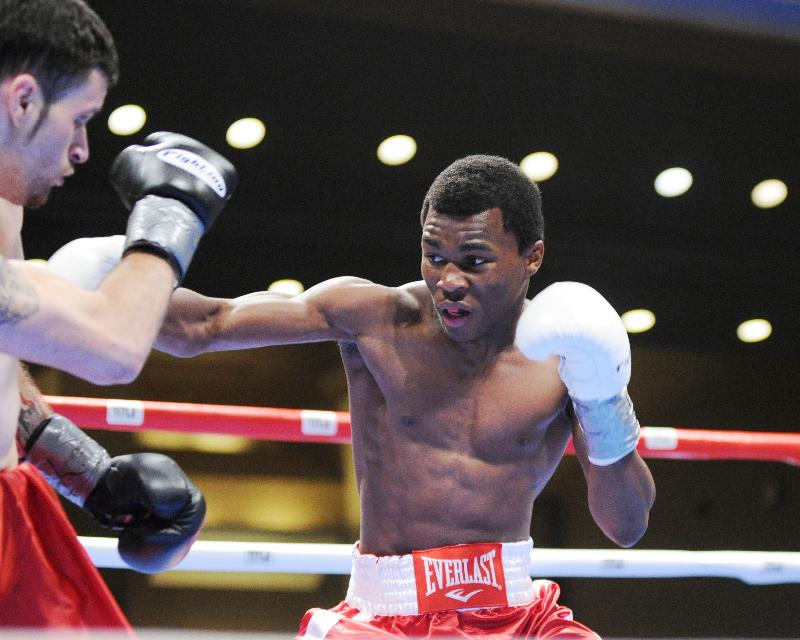 Worst night of pro career: However, he is far more vocal when picking his weakest performance.

“My fight against Jesus Garza (in Dec. of 2012, Kahn Clary’s fourth bout) because I thought I could have knocked him out but didn’t.” he said.

Next fight: “T Nice” faces Sergio Lopez on Friday evening at the Cosmopolitan, Las Vegas, in a bout scheduled for eight rounds. Lopez has a record of 19-9-1, 13 KOs. He has been stopped in six of his nine losses.

Why he’s a prospect: Kahn Clary enjoyed immense success during a very good amateur career. He won silver at the 2009 National Golden Gloves; the following year he upgraded to gold. He won bronze at the 2010 and ’12 National Championships, winning silver in ’11. He also won bronze at the World Cup of Petroleum Counties in ’11.

Kahn Clary has many skills but feels his ability to adapt is his best trait.

“My biggest strength as a boxer is I’m multi-dimensional,” he said. “I have the ability to stay in the pocket and trade with my opponent. I can also use my reach and ring generalship to out-box my opponent.”

Why he’s a suspect: When asked what areas he needs to improve to reach the highest level, the 23-year-old southpaw says, “I need to let my hands go a lot more and have more confidence in my ability as a fighter.”

Two years ago, Kahn Clary met then fellow unbeaten Ramsey Luna. Early on he had his successes and built a lead, however, disaster nearly struck when he had to rise from the canvas twice in the fourth round.

“I knew I had to get up off the canvas and give my all for the last two rounds in order to remain undefeated.” he said.

To his credit, Kahn Clary did, winning a 57-55 decision on all three scorecards. Since then he’s won seven consecutive fights, four inside the distance with no such troubles. Although there are still questions surrounding his chin.

Story lines: He was born in Monrovia, Liberia and moved with his father and younger sister to Philadelphia when he was six years old. He doesn’t know much about his mother and says he’s not even sure how many siblings he has back in Liberia.
In 2000, a couple of years after moving to America, his father was shot and killed. The youngster moved to Providence, RI and fell in with the wrong crowd. Thankfully, through boxing, he found a way out of the trouble.
He first became interested in boxing at 14 years old after visiting Peter Manfredo Sr.’s gym. He met Andrea Watson and Ron Clary, who adopted him. Such was the love the couple offered, he added Clary to his name.
Kahn Clary is very ambitious and hopes to achieve great things from the sport.
“My goal is to win multiple titles and to be able to support my family with my boxing career,” he said. “I also want to make a name for myself in the boxing game; I want to be someone’s favorite boxer someday.”
His favorite fighter is the man widely perceived as the greatest of all time not named Muhammad Ali.

“Sugar Ray Robinson,” he said before adding, “because he was a great boxer and many fighters today imitate a lot of his moves. And, in my opinion, he’s the number one pound-for-pound king.”
Away from boxing, he likes to stay active, “When I’m not boxing, I spend most of my days with my friends and family. I’m an athlete, so I’m always into some kind of sport like basketball and football.”
Fight-by-Fight Record