Lee and Saunders split on Cotto-Canelo 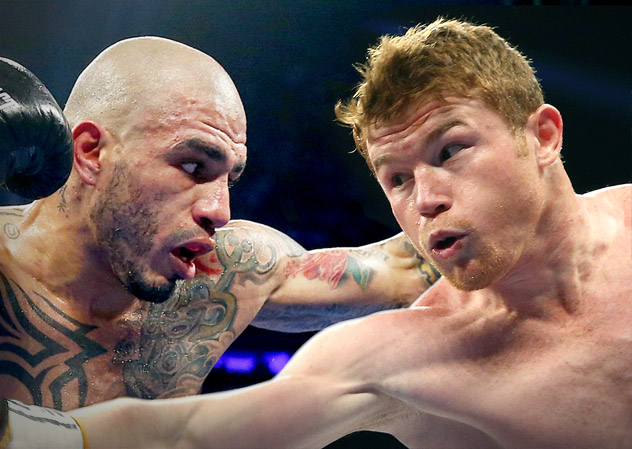 Lee and Saunders collide on Dec. 19 in Manchester, England, but they’ll be paying close attention to the Puerto Rico versus Mexico shoot-out as it involves two of the best operators in the middleweight division, although the bout will be contested at a contract weight of 155 pounds.

Despite Alvarez being the favorite, Irishman Lee reckons Cotto will come out on top.

He said, “I’m going against the grain and picking Cotto. He’s boxing clever at the moment and I see him using his experience to box around Canelo. At his best, Miguel has excellent rhythm and I believe he can use that to frustrate Alvarez who I expect will come looking to take him out with one spectacular punch. Cotto on points.”

Unbeaten challenger Saunders is tipping Alvarez, although he would love to see Cotto prevail.

“I believe that Alvarez will be too fresh for Cotto,” said the Englishman. “He’s got too much youth, strength and speed and I think Cotto may be on the slide now. I think Alvarez will win by late stoppage, but it’s going to be a cracking fight. There’s a side of me that would like to see Cotto win because he was my favorite fighter as a kid and I would like to have met a great fighter like him. Maybe I still could down the line, but first things first because I have to win that WBO title from Lee.”