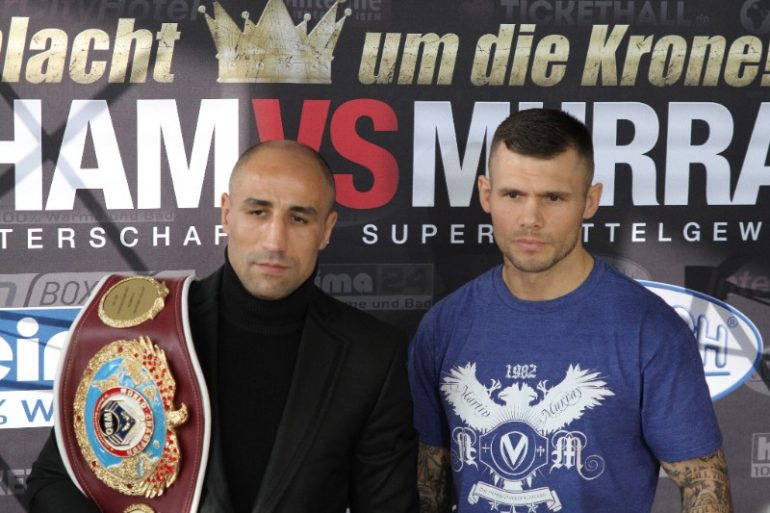 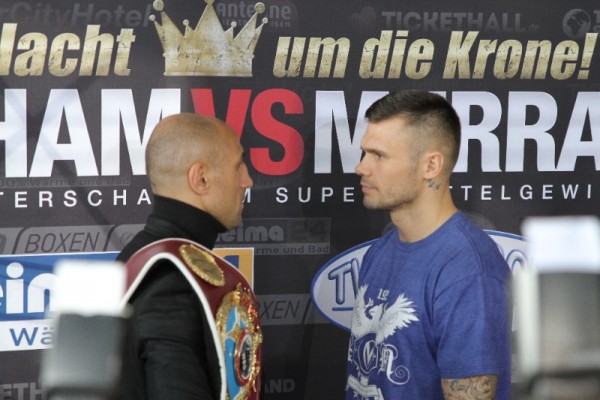 Arthur Abraham (43-4, 29 knockouts) insists that he has left no stone unturned in preparation for his WBO super middleweight title defense against Martin Murray (32-2-1, 15 KOs) on Saturday night in Hannover, Germany.

Speaking at today’s final pre-fight press conference, THE RING’s No. 1 rated super middleweight went into detail about his ‘brutal’ training camp and declared himself ready to defeat the British challenger.

“This has been one of the toughest camps of my career,” said Abraham. “My coach Ulli Wegner and his assistant Georg Bramowski have pushed me to my limits. It’s been brutal at times, but it will all be worthwhile when my hand is raised on Saturday night. Martin is a good boxer and I expect him to give me a hard fight, but there is no way he is taking my title.”

Murray, who is contesting his first title fight at 168 pounds, following three valiant attempts at middleweight, shares his opponent’s confidence and has vowed that he will not leave Germany without Abraham’s WBO belt.

“We’ve been studying Arthur carefully and I believe I’ve got him beat,” said the 33-year-old from St Helens, England. “He is a great fighter, but he’s not changed his style in years, and in my opinion, he’s not evolved. It’s going to be a tough fight but I won’t be leaving Germany without the title.”

“This is a real 50-50 fight,” said promoter Kalle Sauerland. “I think it will be Arthur’s toughest test for many years. However, he has never shied away from a challenge, and against Murray, I expect Arthur to prove why he is the number one fighter in the super middleweight division.”

All information courtesy of a press release issued by Sauerland Promotions

The fight will be broadcast live on Sat.1 in Germany and Sky Sports in the UK. Tickets are available online via www.tickethall.de and www.eventim.de.