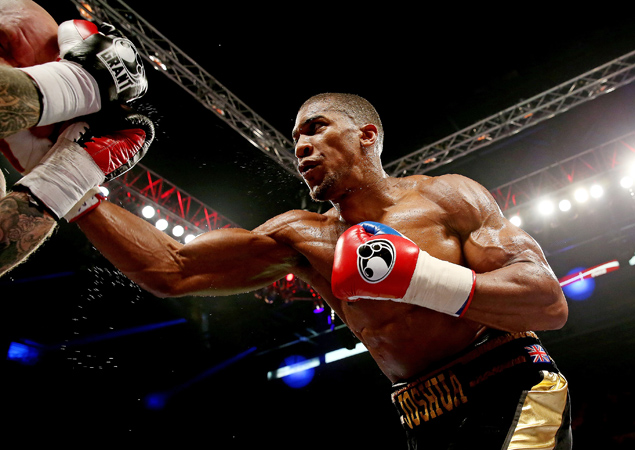 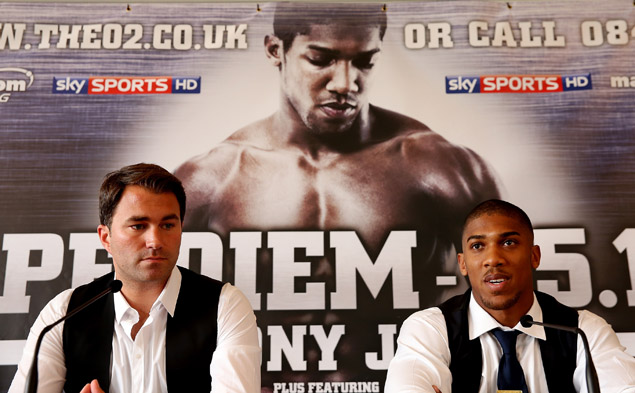 The Olympic gold medal hero has raced to 14-0 in the paid ranks with 14 devastating KOs under the guidance of Hearn, and has penned the new deal ahead of headlining his the sold-out event on December 12 at The O2 in London where he faces bitter amateur rival Dillian Whyte for the British and Commonwealth titles.

The 25-year-old has quickly become a fans’ favourite since making his pro debut at the Greenwich venue in October 2013, and Joshua is delighted to have extended his relationship with Britain’s premier boxing promoters.

“I have been part of the Matchroom family for a number of years now and I am really excited that the relationship will be continuing,” said Joshua. “They have an exceptional and passionate team from Eddie downwards. Matchroom have provided me with the perfect platform to get my professional career started and there was never a question that they were the guys, with Sky Sports, to help move me to the next level and ultimately to a shot at the heavyweight world championship.”

“It’s an absolute honour to announce a new three-year exclusive promotional deal with Anthony Joshua,” said Hearn. “The first two years have been a great experience and I feel the journey has been faultless both in and out of the ring. Anthony’s profile has continued to grow and he has boxed in virtually every major city in the UK but more importantly those experiences coupled with tremendous dedication in the gym has seen him develop immensely as a fighter. Anthony has already become one of the hottest commodities in world sport and we are blessed with the responsibility of helping to guide Anthony Joshua to the world heavyweight title and ultimately unifying the division.”