The next-gen Rocky, ‘Creed,’ comes to the big screen 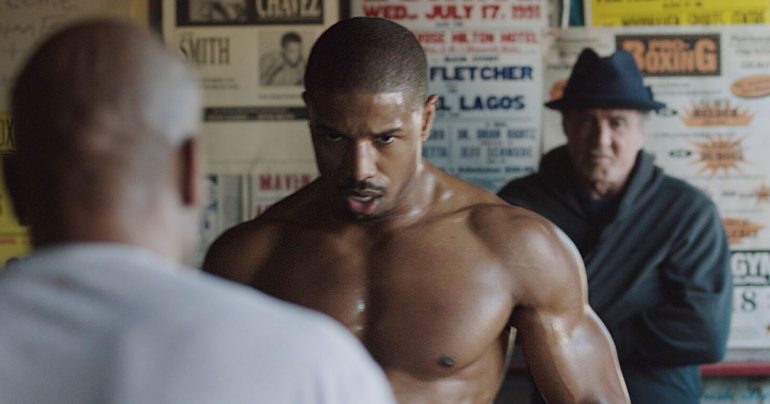 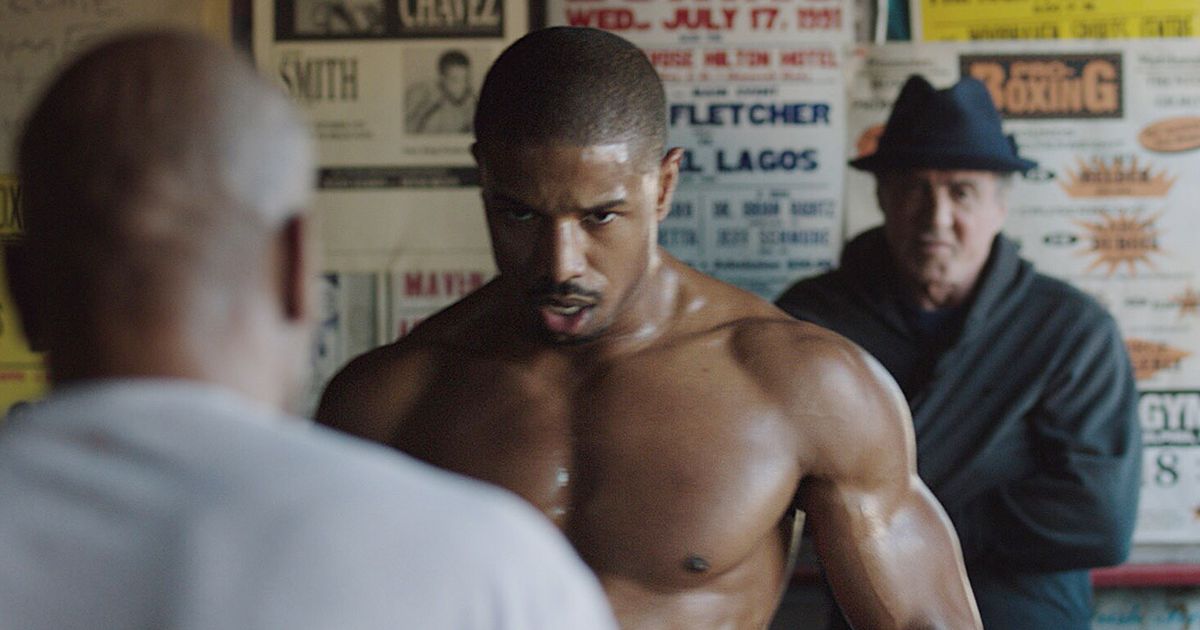 The “Rocky” film franchise, I’m not sure “franchise” is the best term for it. Maybe it’s the best one, as it suggests success, longevity and an enduring legacy.

Pause to ponder: The concept and character created by Sylvester Stallone during the malaise-y era, post-Vietnam/Watergate societal haze is, today, more often cited when a wordsmith desires an example of a “never say die” attitude, an up-from-the-gutter story arc in the realm of sports or politics or…life.

Maybe one day they won’t make any more of them but not today; the seventh film in that series drops this month and this one gets applause from me, even before I’ve seen it.

“Creed,” it’s called, and I’m inclined to give it more than an open mind going in because it is being directed by a young man, Ryan Coogler, who showed artistic bravery, and that he is a principled and passionate citizen, with his film “Fruitvale Station.” That 2013 effort shone a light on the flippant and pervasive brutality so many black people in this country have dealt with and continue to deal with. The protagonist in that film gets hassled by authority figures, then shot and killed in an Oakland-area mass transit station and the flick leaves viewers shaking their heads and asking why we still need this sort of film to resonate.

So, that Hollywood, and particularly MGM and Warner Brothers, the production-distribution people, tapped the then 28-year-old Coogler to make “Creed”…well…they deserve some claps on the back. Because they didn’t have to give this op to a young black helmer – but they did.

I spoke to Coogler not long before the massive opening day.

First off, I’d read a bit about it. Is it a remake…a spinoff…a reboot?

“I’d not call it a reboot,” he told me, chuckling that we’re in the same boat, not always up on the correct insider jargon. It’s not a retelling of the original story, with a new cast. “The best term is ‘spinoff,'” he said.

“Creed” is a son to the Muhammad Ali-ish exuberant pugilist Apollo Creed, foil for the ages to that lovable lug/pug, Rocky Balboa. Adonis Creed (played by Michael B. Jordan) was born after Rocky IV, the one in which Balboa solved the Cold War. The Creed kid is looking to break out of dad’s shadows and is aided by Balboa, now out of the ring – for real! For good! I presume! – who takes on the trainer role.

“I came into this a boxing fan,” Coogler told me. “I wasn’t as intense as I am now on boxing. I’d watch some matches on pay-per-view.” And being an Oakland guy, he roots for former RING super middleweight champion Andre Ward, who, in fact, has a role in the film. “He’s a fighter from LA, who has some conflict with Adonis,” the director told me. He wouldn’t tell me if Ward fights and beats Adonis in the script, though.

Coogler did share how this film came to be. He wanted to do this project and talked about it to agents. Agents talked about it with Stallone reps…and Stallone agreed to meet Coogler. Was he on board from the get-go? “He was very apprehensive,” Coogler recalled. But of course, he gets hit with reboot and spinoff concepts all the time. But Stallone sensed this could be a fruitful angle, coming at it from a fresher place. So he gave the thumbs up. Sly was on set a lot and Coogler said he grew to very much enjoy that level of comfort when the character creator was on site.

The director has his own father-son relationship to help inform some of the themes in the movie; his pop was a big “Rocky” fan and so we can expect the examination of relationships and family bonds within the effort.

Finally, I asked Coogler, who co-wrote the film with Aaron Covington: ideally, what takeaway do you want people seeing “Creed” to have?

“I would like them to see themselves in all the characters, warts and all,” he said.

Indeed, save for those born on third base thinking they hit a triple, all of us are Rocky, feeling low and needing to be inspired and soldiering on and brushing dust off knees after being knocked down and combating doubters and self doubts…and tasting from the goblet of euphoria and triumph…before getting gut-punched and needing to repeat the process.

Michael Woods dreams of starring in a film in which he teaches a plucky, young, Chicago-based content editor how to eat a folded slice of pizza after years of using a fork.