A break-in at the International Boxing Hall of Fame in Canastota, New York, has resulted in the theft of six world championship belts which were won by ring legends Carmen Basilio and Tony Zale, according to a report by Patrick Lohmann of Syracuse.com.

Five of the six items were original RING Magazine belts, including Basilio’s for a 1957 split-decision victory over the legendary Sugar Ray Robinson and Zale’s for a third-round knockout of middleweight nemesis Rocky Graziano in their rubbermatch.

A thief or thieves smashed a window to gain access to the building at around 2:45 Thursday morning and broke three display cases before removing the items in question.

Any information pertaining to this theft should be reported immediately to the Canastota Police Department.

“I believe that the monetary value of the belts is not there,” said police Chief James Zophy. “It’s a prestigious belt and the meaning of it is what was behind the theft.”

This incident has left Josephine Basilio, the wife of the great former two-weight world champion, “heartbroken” and she was “too sad” to comment. Both Mrs. Basilio and the police are anxious to retrieve the items before they reach the black market.

It’s the first theft in the 25-year history of the Hall of Fame, Zophy said.

Police provided photos of each of the stolen belts (see below). Anyone with information is asked to call Police Chief James Zophy at (315) 697-2240.

Basilio, a Canastota native, was the 1957 RING Magazine Fighter of the Year and his glorious successes as welterweight and middleweight champion prompted fellow Canastota residents to found the Hall of Fame.

Zale, known as the “Man of Steel,” is among the greatest middleweight champions of all time. 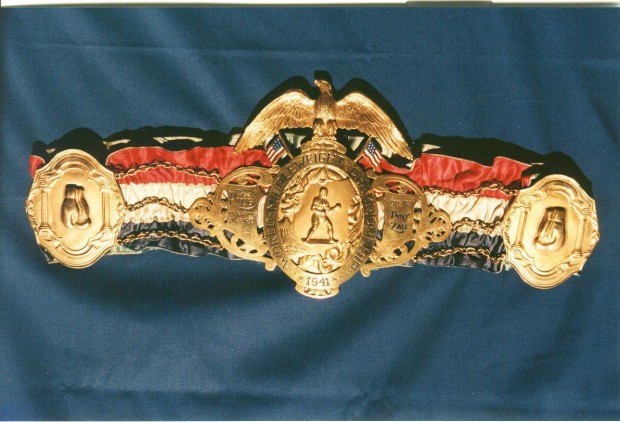 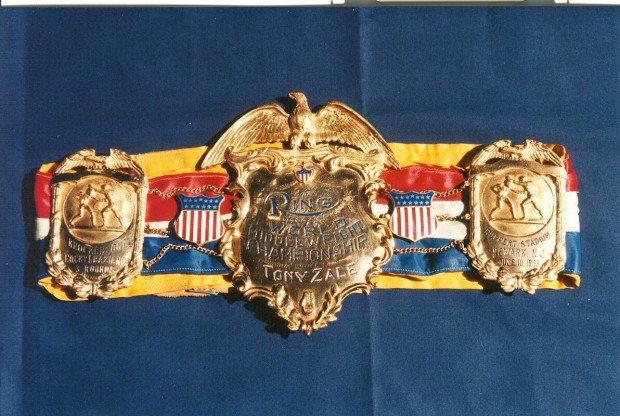 This photo courtesy of Patrick Lohmann