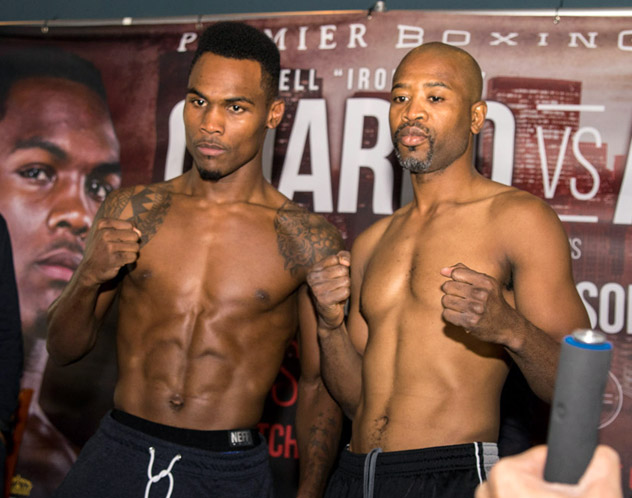 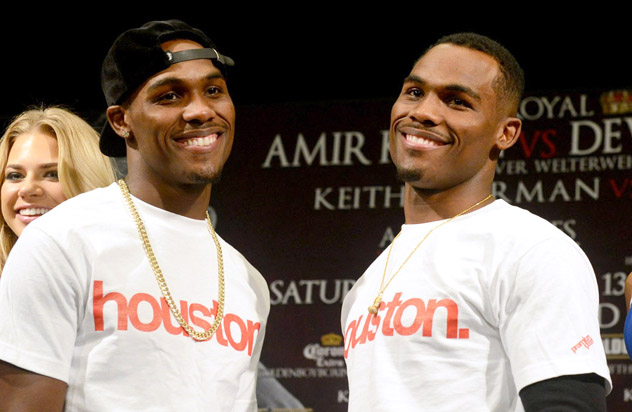 Jermell Charlo (left) has split with trainer Ronnie Shields, who trains his twin Jermall, but the brothers remain close. Photo by Naoki Fukuda

There comes a time when twins end up wanting to go their separate ways and establish themselves as individuals rather than being a tandem. Despite all that they’ve been through together, that time has come for Jermell and Jermall Charlo to stand on their own two feet as separate identities rather being known as “The Charlo Twins.”

Which is why Jermell’s second phase of his boxing career has been framed as “The Rebirth” and has its official beginning is tonight when Charlo (26-0, 11 knockouts) faces seasoned veteran Joachim Alcine (35-7-2) in the main event of the PBC on NBCSN.

But this is a rebirth that is happening both in and out of the ring as Charlo recently struck out on his own away from longtime trainer Ronnie Shields in favor of Derrick James while also opening up his own gym, separate from his brother.

But don’t get it confused, no matter what the media may say, there are no hard feelings between the two brothers.

“My brother said to do what’s best for me,” Charlo explained to RingTV.com while citing that the origins of change came shortly after his narrow victory over Vanes Martirosyan back in May. Charlo felt that he needed a change of scenery and his entrepreneurial spirit led him to opening a gym away from Houston in nearby Dallas.

“Leaving Ronnie didn’t happen in a bad way,” Charlo explained. But he does say that his former trainer wasn’t too fond of him opening up his own gym. And even though Charlo offered for Shields to train him at his new gym, they both realized that it was simply time to move on. “When I tried to go back to him he told me that things changed and the money has changed. Being a businessperson I couldn’t accept the numbers that he was giving me so that concluded our relationship as my trainer.”

As the Shields chapter closes, Charlo says that his rebirth under James will feature a stronger and more devastating fighter who will make his opponents pay for trying to go the distance with him.

“I feel like I’m a completely different fighter now,” he said. A new diet with a younger trainer who worries about his personal life and will get out in run with him has made a world of difference. “What you will see is a more explosive fighter who will hurt people when he lands. If Alcine goes ten rounds with me, I guarantee that he will be destroyed. I’m going to be like that from this fight on.”

Charlo reinforces the notion that he and Jermall are as close as ever and is looking forward to joining him as a world champion. Jermall won his world title with a sound thumping of Cornelius “K9” Bundrage in September and Jermell has used that as motivation.

“It definitely gives me positive motivation to see him win a world title but I think it was a long time coming for K9 and it should have happened a long time ago,” he said while explaining that he was in line to face K9 a couple of years ago when Bundrage ended up pulling out of the fight. It makes no difference to Jermell, though. When his time comes, he’ll be ready. “Timing is everything and my time will come.”