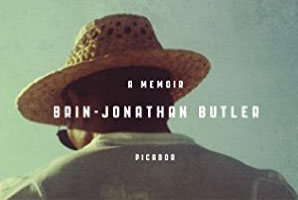 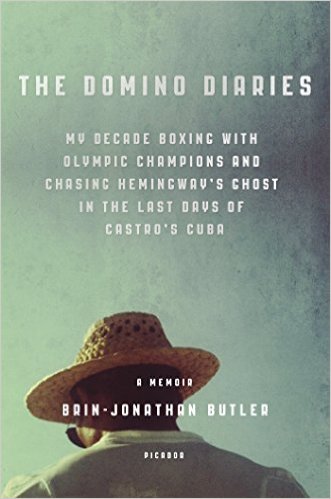 Brin-Jonathan Butler’s new book, “The Domino Diaries” (Picador Publishers), opens with a chapter entitled “How Did This White M—–f—– Get Inside My House?”

That’s the way Mike Tyson introduced himself on Easter Sunday 2010, when, speaking through “a thick cloud of marijuana smoke,” he descended the staircase in his Henderson, Nevada, home for an interview with Butler.

The Tyson-Butler encounter is only a small part of “The Domino Diaries.” But it sets the tone and gives readers a feel for both Tyson and Butler.

One of the next thoughts Tyson uttered was, “I’m guessing you being here in my home, sitting across from me right now – I’m guessing this is pretty intense for you, huh?”

“The Domino Diaries” is a personal memoir with boxing ever-present in the background. The opening portions are devoted largely to Butler’s fragile early family life and torturous adolescence. “Getting beat up [at age eleven by a mob of classmates],” he writes, “changed my life forever.”

There was a brief stint as an amateur boxer.

“You can’t learn to take a punch,” Butler observes. “Whether you have a glass chin or you don’t, the only way of finding out is having it land.” That observation is joined with reminiscences like, “I knew I was going to get hurt. And any time you got hurt, there was a chance you could spend the rest of your life picking up the pieces.”

Ultimately, Butler’s life adventure led him to Cuba. Much of his time there was devoted to experiences culminating in a film documentary that explored the reasons why Cubans remain on the island or flee, as examined through the prism of its most celebrated boxers.

Recreating a fight card in Havana, he recalls, “They were watching sports in a way that the rest of the world could only dream about. While the fights lasted, it was pure. No interviews. No cameras. No advertising. No commercial breaks. No merchandise. No thanking of sponsors. No luxury boxes. No Tecate or Corona ring girls. No VIP seating. No scalpers outside. No venue named after a corporation or corporately owned anything anywhere. No air conditioning to mitigate how f—ing hot it was in there. No amenities of any kind. Instead, you had a full auditorium of intensely proud people who didn’t require cues to cheer. Without the incentive of money, I watched people fight harder in the ring than anywhere else I’d ever seen. And they fought this way before an audience who cheered louder than anywhere I’d ever heard.”

Butler crafts a particularly poignant portrait of Teofilo Stevenson, the intensely handsome, 6-foot-5 giant who won Olympic gold medals in the heavyweight division at the 1972 Munich, 1976 Montreal and 1980 Moscow Olympics. He was favored to win a fourth gold medal in 1984 but Cuba was among the Communist countries that boycotted the Los Angeles Games.

In 1976, Stevenson was offered $5 million to leave Cuba and fight Muhammad Ali. He declined.

Butler interviewed Stevenson in his modest Havana home in May 2011.

“By now,” Butler writes, “Stevenson was a full blown alcoholic without enough money to replace a flat tire on his car. Yet while his life remained an open wound, I saw no evidence of regret.”

The price that Butler paid for the interview was $130 and a bottle of vodka.

Stevenson died 13 months later at age 60. His conversation with Butler was his last known filmed interview.

Thomas Hauser can be reached by email at [email protected] His next book (“A Hurting Sport: An Inside Look at Another Year in Boxing”) will be published later this year by the University of Arkansas Press.