Matthysse puts loss behind him, eyes imminent move to welterweight 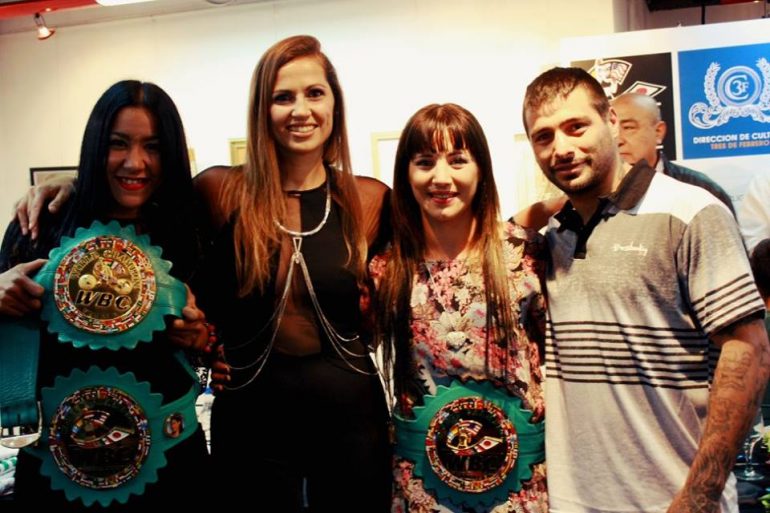 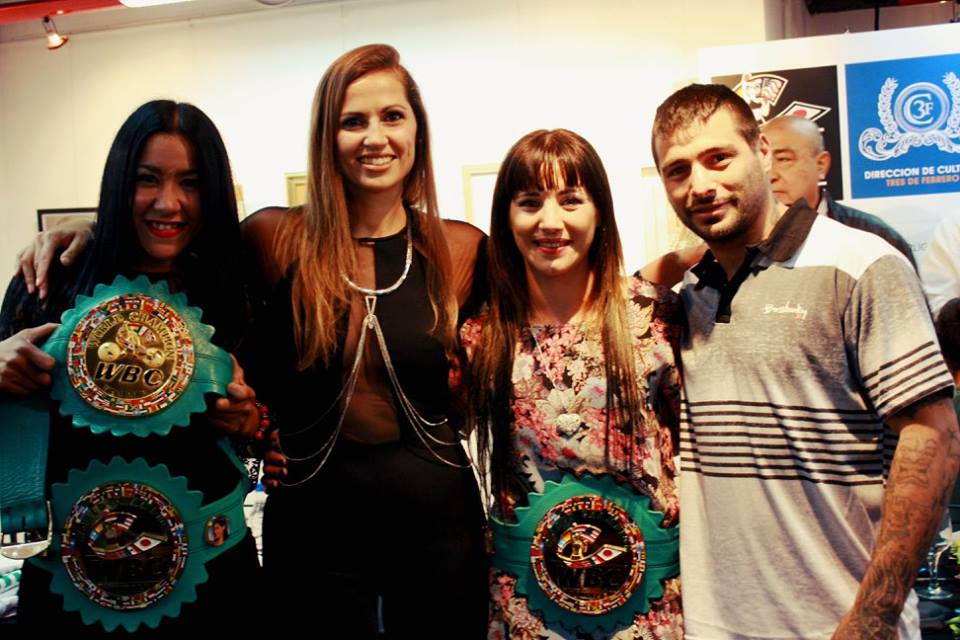 The occasion was intended to be a historic event, a milestone in boxing history that would resonate beyond the confines of the ceremony hosted by TV commentator and former female fighter Silvana Carsetti to become a photo opportunity for the ages.

It was meant to be a joint ceremony in which both Lucas and Soledad Matthysse would receive their WBC title belts together to become the first pair of male-female siblings to hold world titles simultaneously but something funny happened on the way to the award ceremony when Ukraine’s Viktor Postol beat the odds to defeat Lucas on Oct. 3. It was an upset that deprived the feared Argentine slugger of his title belt – and the chance to make history.

But Matthysse remains hopeful that there will be another opportunity for this historic occurrence to take place, just as most of his fans – and even many of his detractors – feel, even in the aftermath of his lackluster performance in what was expected to be his graduation night after a handful of terrific non-championship bouts. 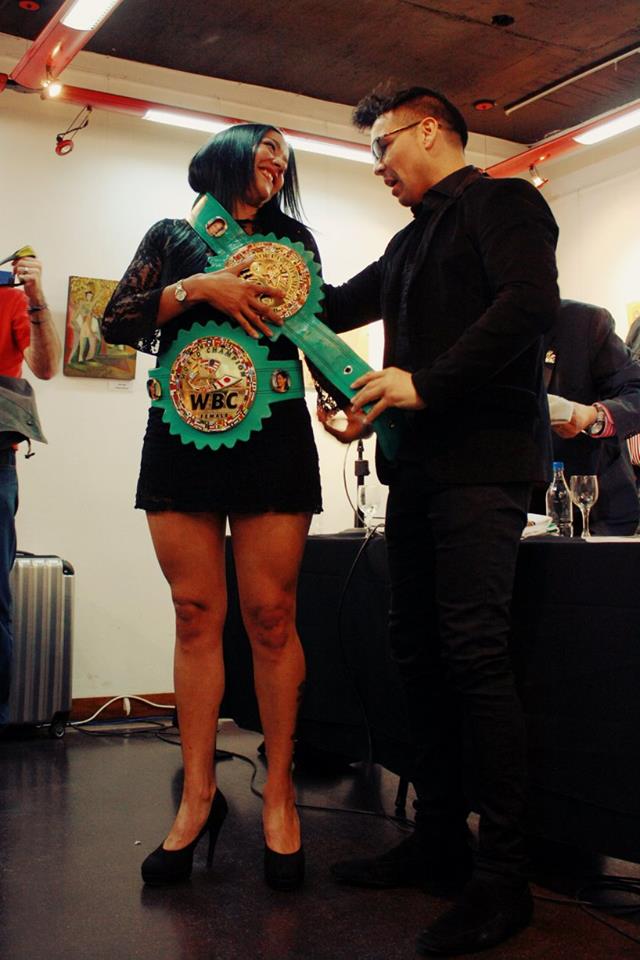 “I know everyone expected me to get my belt today as well, to make history with my sister as the only pair of [male-female siblings] to be world champions simultaneously. But it didn’t happen and I am just happy to be joining my sister in this celebration, getting her belt and being the one to give it to her. It is something important to me and to my family. It wasn’t my time but I will have another chance,” said Matthysse, minutes after a ceremony that also featured the presence of former champions Sergio Martinez and Marcelo Dominguez, among others, and in which female champ Erica Farias also received her WBC lightweight belt. 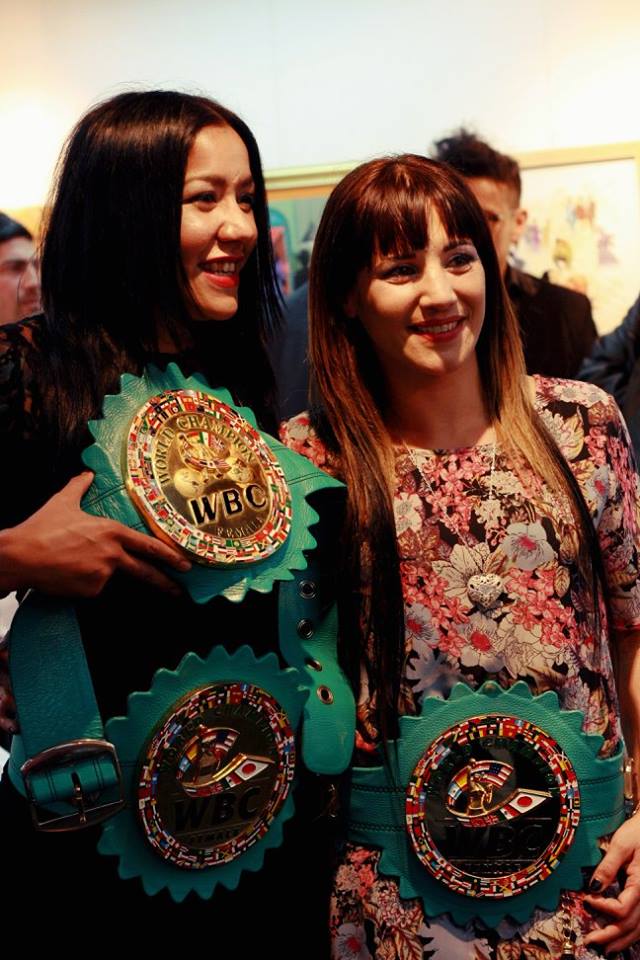 Matthysse was stopped in the ninth round of his WBC junior welterweight title bout against Postol after being knocked down and choosing to remain on the canvas on one knee. Lucas took the full count to avoid further damage on what he believed to be a badly injured left eye. But the fighter claims he is fine now, both physically and mentally.

“I feel good. I know I lost an important fight to me. It hurt a lot but now I am happy to enjoy this moment with my sister and resting a little bit,” said Matthysse. “The eye is fine. I had an inflammation on the cornea but that was it.”

As usual, criticism after a defeat is easy to find and common comments made about Matthysse’s performance were his lack of energy and his emaciated appearance in the days leading to the bout. And that has led Matthysse to believe that his long-delayed jump in weight may have to come sooner than earlier.

“The truth is that I didn’t have a lot of problems making weight, perhaps only a little bit. But I have been weighing the same for many years and now I am 33 years old and it’s time to make changes,” said the fighter, who has campaigned almost his entire career as a professional under the 140-pound limit. “So yes, we’re going to put together a good plan to move up in weight and be physically great at the same time.”

The mental part of his preparation was also in question in the aftermath of his loss but Matthysse plans to compensate that with the assistance of a psychologist to boost his impending physical growth.

“I am probably going to take a month off before I start working out on the physical part in order to make the jump in weight as strongly as possible,” said the fighter, suggesting that his move to 147 is a firm decision that he has already taken without necessarily clearing it with his team, all while remaining adamant about admitting any mistakes.

“I did things right. I had a great physical preparation as always. Technically it was the same. We worked hard but maybe we needed to work more. But the entire team worked well and we’re going to continue together,” said Matthysse, rejecting any changes in his current team that includes his longtime coach Luis Barrera and former champ Juan Coggi.

Matthysse’s struggle to stem the sour taste of his defeat has received some help from fans and media who appear to have given him a pass after his unexpected setback.

“I believe they understood what happened to me,” said Matthysse, about the outpouring of support he has received from the usually unforgiving boxing fans of the world. “People here in Argentina and in the US like the way I fight. They know I always give my best. I had one bad fight in which I couldn’t do what I wanted to do and then I took a very hard punch on my eye and the fight had to be stopped. People understand that one can win or lose a fight any day. It was my turn to lose a fight in which everyone saw me as the winner ahead of time. But things didn’t go my way and now it is important to me that people continue trusting me and I know I’ll keep on fighting as usual.”

Nevertheless, Matthysse was unable to escape the usual wave of Monday morning quarterbacking from the usual know-it-alls. Surprisingly enough, however, some of the strongest criticism came in the form of pleads for change within his family and his inner circle, which he claims he has heeded.

“My family and those who love me are fine with it. Now, with social media, everyone has an opinion. That’s why I am not paying too much attention to that because, now, a lot of people seem to know everything and they think I am finished,” said Matthysse. “But in the previous fight [a majority decision win over Ruslan Provodnikov last April], I had a great night. Everything went my way and I was the best in the world. Now that I lost, I was the worst to some people but these things happen.”

Still, Matthysse admits the “breakfast conversation” with his closest allies on the day after the fight included some tough love from his extended family of current and former boxers, which includes two-division titlist Omar Narvaez, among others.

“There are things I agree with and some others, I don’t,” said Matthysse about the comments. “I will learn from this defeat and I know who to train with. I did a good preparation but things simply didn’t go my way. You can’t always win. Just like it happened in soccer. We made it all the way to the final match of the World Cup [in Rio De Janeiro in 2014] and we didn’t win. Now it’s the same. A lot of people had a lot of confidence in me but I just didn’t win. I couldn’t do it.”

Aware of the fact that remaining on his knee without being visibly hurt will continue looking like a “quit job” to some people (much in the mold of the infamous “No m├ís” of Roberto Duran in his rematch against Sugar Ray Leonard in 1980), Matthysse feels confident that his own “No m├ís” will be followed by a “Mucho m├ís,” just as it happened with Duran himself.

“Sure, another story begins now,” said Matthysse, responding to a question about his ability to continue racking up achievements and fight of the year-caliber performances in the year to come. “I was able to fight for world titles and didn’t make it. I took a shot in my eye and I felt like an explosion there. I couldn’t see and I decided that it was better for my health to stay [down]. I wasn’t hurt but I couldn’t see in my eye and I preferred to stay down in order to continue fighting in the future. My plan now is to go up in weight to try to get new challenges and I will continue working as usual.”

The promise implicit in his most visible tattoo (which reads, ‘Let’s swear to die in glory’ emblazoned across his chest) remains true, despite the circumstances, according to Matthysse.

“Yeah, sure!” exclaimed the fighter about his continued allegiance to that sentence, which is the final verse of the Argentine national anthem and that he has taken as his personal motto. “I am eager to train and to continue learning from this defeat. This has given me more desire to continue training and I will do that. I will continue giving my best to Argentina and I will continue representing the country proudly as always.”