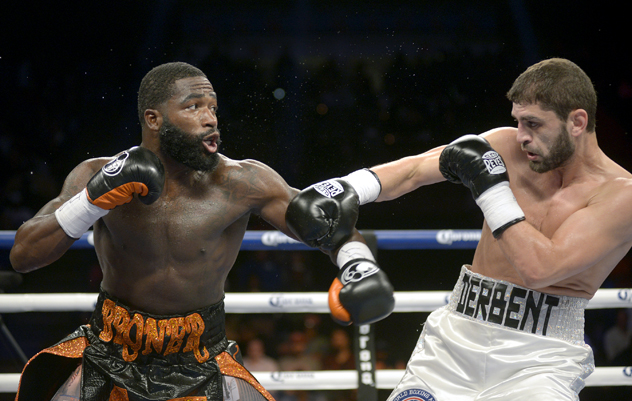 Adrien Broner is coming off a decent win and with the knowledge that he may have finally seen that light, the one that illuminates the message that talent is a great building block, but must be accompanied by a diligence and attentiveness to craft to truly ascend to majestic heights, it looks like he might be getting back to being a star.

And even if not, he has that sort of buzz-y personality, that way of making you chatter about him, maybe tune in to see him get his butt kicked, which means he will continue to get big fight opportunities. This boxing business is an entertainment business and he entertains you…or, at least, holds your attention, even if it is to judge and look down on him.

So being that Broner is a magnet-type of personality, he gets gigs and he gets paid…and that means people orbit around him, like getting some of that overthrow light which ricochets off monied celebs like he is…

This is why some folks were wondering exactly what that recent Twitter picture meant.

What was up with “AB” hanging with “FR,” Freddie Roach? They look chummy…what’s going on, Mike Stafford? Coach, Broner, not jumping ship, is he?

“Everybody loves Adrien,” Stafford told me, when I asked if there was any “there” there.

Noted, Stafford didn’t appreciate Floyd Mayweather Sr. acting opportunistically, inviting Broner to come under his wing after that loss to Shawn Porter but Roach, he knows, has a gym which attracts all manner of A-listers, and isn’t looking to be that sort of poacher.