Zac Dunn to get things done in the United States 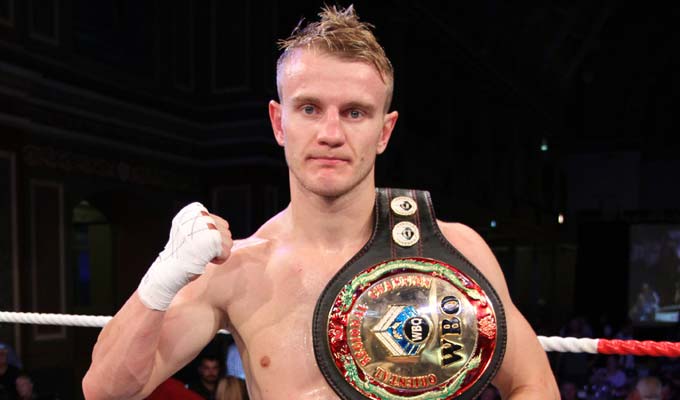 He’s been in NYC for more than 10 days, getting a sense of the city, so large compared to his home turf of Melbourne, Australia. Zac Dunn has been seeing some sites, while counting down to go time, which is Saturday night, on Long Island. And as the 24-year-old looks at the tall buildings and the teeming masses, so many dressed to the tens, with ambition dropping off their designer gear and manicured brows, the 18-0 (15 knockouts), Dunn knows he’s getting closer to the sort of fights that break his name much, much wider.

Saturday, the Star Boxing super middle has his American debut. It’s off TV, against strong but limited journeyman Derrick Findley, subbing in for younger gun Denis Douglin, out with a perforated eardrum. But a win, especially if he can take out that hard nut to crack Finley (22-16-1, stopped twice) early, means he could right quick get into the mix against a “name” super middle.

“I’m used to the time zone difference now,” Dunn told me. “It’s 18 hours ahead in Australia.”

Having not seen him in action – hey, join the club – I asked Dunn about his style. “If I need to box I can but I like to bring the action, come forward,” he said. If curious about his chops, he suggests you track down the YouTube link of his win over Beibi Berrocal (14-2 entering; TKO2) from March. Also, his last win, against Max Bursak (31-3-1 entering) showed off his abilities, he said. “Berrocal was a big puncher, full of energy and I didn’t give him a chance,” the Aussie told me. “Anyway, I like to hurt my opponent, to finish the fight.”

Hey, that’s a fan-friendly attitude, should gain him more followers here if he can follow through at the Paramount Theater, in New York…

One thing fans on site can try and spot, he’s been tweaking his left hook, now doing it American style, palm facing himself, not palm down. It’s upped his power with that selection, he said. (Findley, you taking notes?)

More intel on Dunn…He knows what we know about judges, in general…Many are lousy.

“I don’t want to leave it in the hands of the judges,” he told me.

He should handle Findley; most do now. So after that, if it goes to plan, what next?

“I will talk to my promoter, Joe DeGuardia, and figure it out. I’d like Arthur Abraham or Badou Jack. A WBC belt versus a good opponent next year some time, if everything looks well. As for Jack, I haven’t watched him yet but will start doing that if it’s looking like a fight with him. But I am going to concentrate on my showcase debut, then speak about the next stuff. I’m looking to put on a spectacular performance.”

Michael Woods is always looking to put on a spectacular performance on the Twitter. If you’re curious about his chops, he suggests you track down the link to his timeline.