Ruslan Provodnikov to return to ring Nov. 7 in Monte Carlo 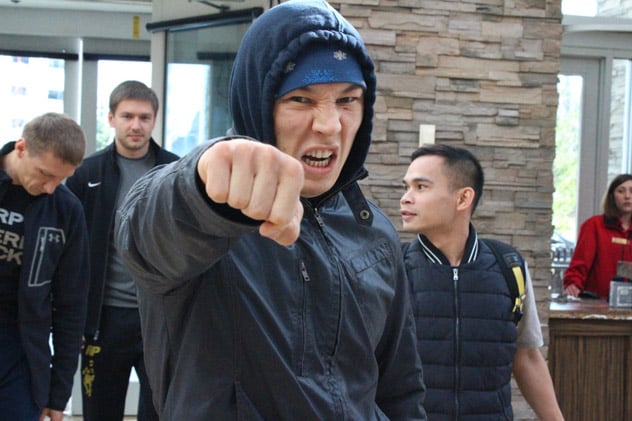 The welterweight bout is scheduled for 10 rounds.

The Provodnikov-Rodriguez fight replaces the light heavyweight bout between Juergen Braehmer and Thomas Oosthuizen of South Africa. Braehmer withdrew from the fight over a week ago due to a hand injury suffered in training camp.

Provodnikov (24-4, 17 KOs) has not fought since April 18, when he lost a close, 12-round majority decision to Lucas Matthysse in Verona, N.Y.

The fighter from Beryozovo, Russia was long considered an opponent for Brandon Rios, a fight boxing fans have clamored for the last year or so. When the fight between Rios and Timothy Bradley was made last month, Provodnikov was again on the outside looking in.

“I am glad I finally have a specific date and location for the fight,” said Provodnikov, who is managed by Vadim Kornilov. “This will be a great experience for me because it’s my first time fighting in Europe. I heard Monte Carlo has a lot of boxing fans.”

“I know that, next year, I will be back in the ring and the networks will finally have an opponent that will fight me and not just say they want to fight me. Hopefully we can make a rematch with Matthysse or a fight with Brandon Rios, which would both be great fights for the fans!”

“I am excited to see Ruslan back in the ring,” said Arthur Pelullo, president of Banner Promotions, which promotes Provodnikov. “We expect him to thrill the fans in Monte Carlo, much the same way he has all around the world. I want to thank my friend [promoter] Rodney Berman for the opportunity to fight on this show. This should be a great main event to a great card.”

The fight on Nov. 7 will be the first time Provodnikov will work with trainer Joel Diaz after previous working with trainer Freddie Roach.

The fighter from Los Mochis, Sinaloa, Mexico has only faced one fighter with a winning record.

Also on the fight card, promoted by Rodney Berman, cruiserweight Youri Kayembre Kalenga will fight Roberto Feliciano Bolonti in a 10-round bout.