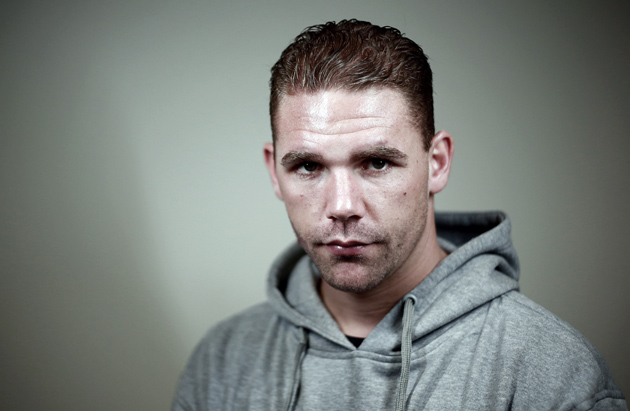 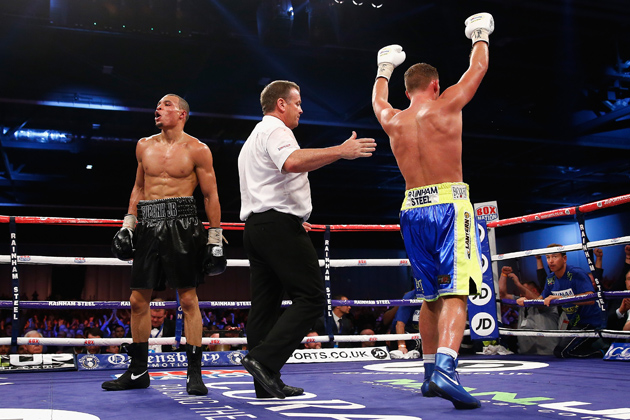 Undefeated British middleweight contender Billy Joe Saunders has taken a swipe at bitter rival Chris Eubank Jr., suggesting he has done nothing to be classed elite and that Gennady Golovkin, THE RING’s No. 1 at 160 pounds, would ‘decapitate’ him.

Saunders’ attack comes ahead of his own shot at Ireland’s WBO beltholder Andy Lee on Dec. 19 at the Manchester Arena, England. Though Saunders (22-0, 12 knockouts) beat Eubank (19-1, 14 KOs) by unanimous decision this time last year, he is clearly unhappy at the hype that continues to surround his fellow Englishman.

At the start of the week, Eubank, backed by his father-manager Chris Eubank Sr., stated he is good enough to topple Kazakhstan’s so-far invincible IBF and WBA titleholder Golovkin. However, Saunders, 26, has ridiculed such talk as nonsense.

Indeed, he claims the only reasons anyone rates or listens to the Brighton man, also 26, is because he recently started working with renowned British trainer Adam Booth and that Eubank Sr. is a former middleweight titlist.

“It’s funny how people are thinking that Eubank is going to be some elite fighter now he’s trained by Adam Booth,” said Saunders in a press release issued by Queensberry Promotions. “The fact is he was outclassed by me and he is nowhere near the elite level of guys like myself and Andy Lee.

“Eubank isn’t good enough to become a recognized world champion and he lives off his father’s name. After Golovkin, Andy and I are the next best guys in the division and Eubank will never be at that level.

“Golovkin would decapitate him if they were to ever fight, so his old man should probably keep quiet about saying [Eubank Jr.] would beat [Golovkin]!”

While Saunders, rated No. 4 by THE RING at 160 pounds, puts his perfect record on the line against 31-year-old London-based Lee, Eubank is scheduled to face another Irish middleweight, Gary O’Sullivan, who lost on points to Saunders in July 2013.

“The Lee fight is the toughest challenge of my career and I can’t be in cruise control and just win like I did against Eubank, ” Saunders said. “I am involved in the only genuine middleweight title fight in the UK this year.

“Eubank is fighting my good friend ‘Spike’ O’Sullivan in December. No disrespect to Spike but he didn’t win a round against me and I’m delighted that Eubank has to watch replays of me over and over again to work out how to beat Spike. And, by the way, I hope Spike beats him!”