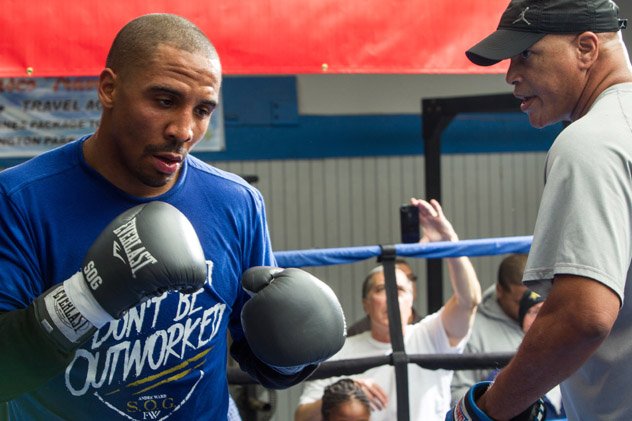 Andre Ward has signed a three-fight deal with cabler HBO, according to our friends at Behind the Gloves.

The Cali-based pugilist-specialist, looking to inject himself back into the day to day mix as an heir to the Floyd Mayweather Jr. spot as top P4P man, was on hiatus during a contractual battle with the late Dan Goossen. He came back after Goossen passed away and Ward settled with the Goossen heirs, and hooked on with Jay Z’s Roc Nation. Now, it looks like he’s back with HBO, full on, and we can look forward to some marquee fights. He battled Paul Smith, a decent Brit, on BET a few months ago.

Rayn O’Hara wrote that Ward will fight on HBO PPV, on the Miguel Cotto-Canelo Alvarez undercard, Nov. 21. Rohan “Not Rupert” Murdock could be his foe, said O’Hara.

An HBO exec chose not to confirm or deny the signing to me.

I messaged Julie Goldsticker, Ward’s publicist to verify the report. She didn’t respond.
I also messaged a Roc Nation source and received a no comment.

Readers, your thoughts on this news…and this means, I think, we are half a step closer to seeing Ward tested by Russian terminator Sergey Kovalev, who motored past the skilled technician in the last two years. Who thinks Ward can derail Kovalev’s momentum? Talk to me…