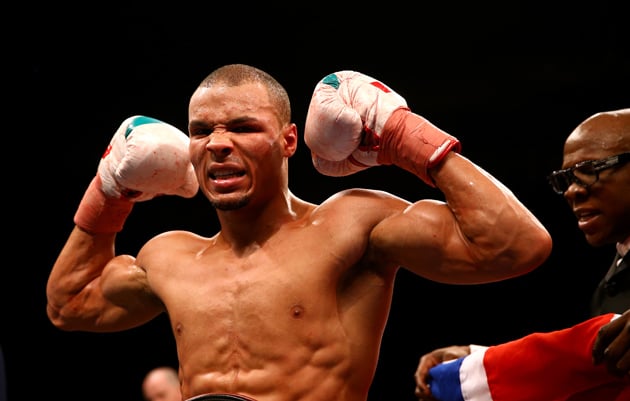 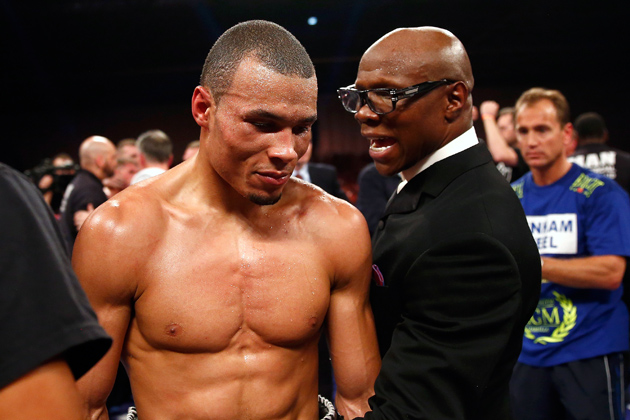 British middleweight Chris Eubank Jr. has stated that he possesses the tools to beat Gennady Golovkin as he wraps up final preparations to face Tony Jeter in Sheffield, England, on Saturday.

Eubank Jr., rated No. 9 by THE RING at 160 pounds, is a big favorite to defeat the American and victory will set up a crunch clash against Irishman Spike O’Sullivan in London on Dec. 12 as he looks to land a world title fight next year.

On Saturday, Golovkin stopped David Lemieux in eight rounds to add the IBF title to his WBA belt but Eubank Jr. says he has seen chinks in the Kazakh ace’s armour that he would exploit.

“People see Golovkin as the top fighter in the middleweight division and, the type of fighter I am, I want to fight the best,” said Eubank.

“I want to prove that I can mix it and beat these guys. Anyone in the middleweight division that has a belt – I want to fight them. There is no reason that within the next two years, I can’t have all those belts.

“Golovkin has got weaknesses that I feel I can exploit, so the goal is to work towards that fight. It’s a huge fight down the line.

“I wouldn’t be here if it wasn’t for my fans so if that’s what they want and we can get, that’s what we’re going to do.”

Eubank’s father and British boxing legend Chris Eubank Sr. compared the potential showdown between his son and Golovkin to his own world title blockbuster grudge matches with Nigel Benn and said he had no doubt that his son would defeat “Triple G”.

“Christopher possesses all the attributes needed to beat Golovkin,” said Eubank Sr. “It’s a tough fight but Junior beats him in my view. It’s going to be a fabulous chase for us because we are chasing.

“I’m not as cagey or cautious as Junior. I’ve been there and done this. Back in 1990 I fought Nigel Benn and I don’t know any critic who said I should have taken that fight. It’s the same thing with Golovkin – Christopher beats him now.

“We’re working with Matchroom and Sky Sports. All of these possibilities can be realized. Having this platform gives us the conduit to reach those contests. We’re very confident. It’s a fantastic time to show what we are.”

Tickets for October 24 are also be available from http://www.stubhub.co.uk/matchroom-boxing-tickets/ – StubHub is the official ticket partner and marketplace of Matchroom Boxing and Anthony Joshua.

Information courtesy of a press release issed by Matchroom Boxing