Is Sadam Ali-Jessie Vargas in the making? 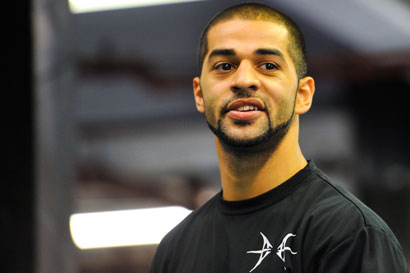 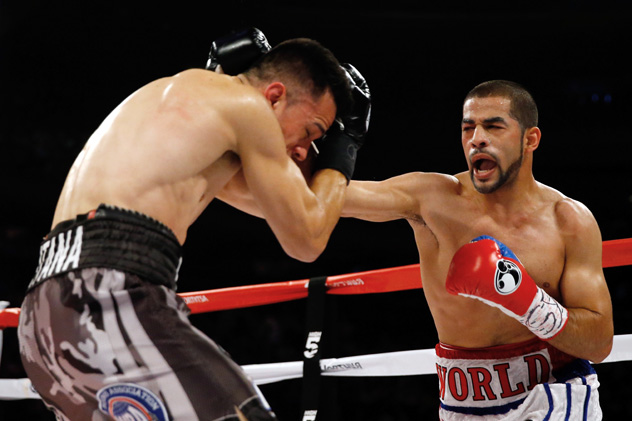 He was – and is – craving a title shot, against WBO welter champ Tim Bradley…but option B, headlining HBO on Dec. 19, is attractive to Sadam Ali, the Brooklyn-based pugilist.
“World Kid” has been in hurry-up-and-wait mode, as he’s seeing how some political and logistical things play out.

I spoke to his pop, Mahmoud Ali, to get an update. Was Sadam (22-0 with 13 KOs) still waiting on the WBO and Top Rank Promotions and all involved parties to come to a determination about how the Nov. 7 tangle between the volume puncher Bradley, now tutored by Teddy Atlas, and fan-friendly banger Brandon Rios, would be presented? Would Bradley’s belt be up for grabs…or no, because the 27-year-old Ali is the WBO’s No. 1 contender and has been waiting patiently for a title crack?…

“It’s up in the air,” Ali’s dad told me. “HBO is willing to give us a main event, versus [Jessie] Vargas. It’s a good idea. Turning Stone in Verona, NY was presented as the venue. But the Vargas (age 26, 26-1, 9 KOs, lost to Tim Bradley last time out) people said that’s Sadam’s hometown,” he said, in a scoffing tone. Ali said he’s of the belief that Vargas’ manager, Cameron Dunkin, spoke up and said he thinks the judges might be too inclined to be too kind to Ali, in his home state. The father is dubious…he thinks Dunkin just watched Ali tape and isn’t so confident his kid can handle that…so he’s using the judge issue as a smoke screen. “It has nothing to do with he judges,” the dad said.

Dunkin sees the issue differently. “Why doesn’t Ali fight in California, Texas, or Nevada or anywhere else in the US? His promoter is in California,” Dunkin said. “We don’t have to fight in Nevada. Let’s fight somewhere neutral. Jessie (California native, lives in Nevada) fears no one. He’s fought everybody!”

Anyway, it looks like another venue could be found, and that Ali-Vargas scrap is alive, so that’s that…

Mahmoud Ali said that, yes, his kid wants that title crack but HBO and Top Rank’s sweetener of that Dec. 19 date makes sense to Team Ali. The dad said that in his mind, his kid is the A-side in the equation with Vargas, so A-side dictates. His kid would be B-side versus Bradley and would be willing to pack the bags and hit Cali, or wherever.