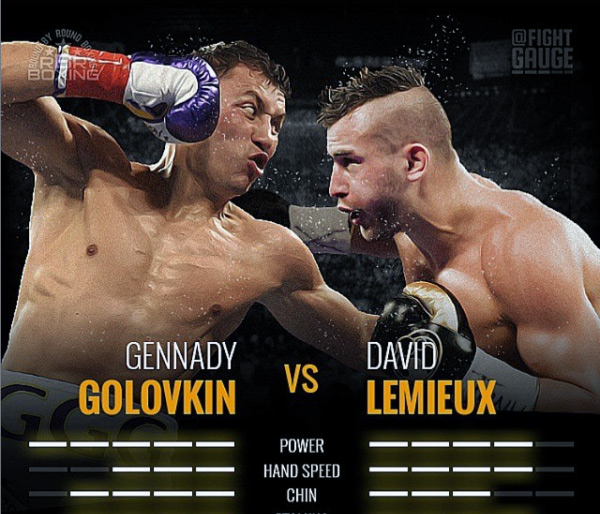 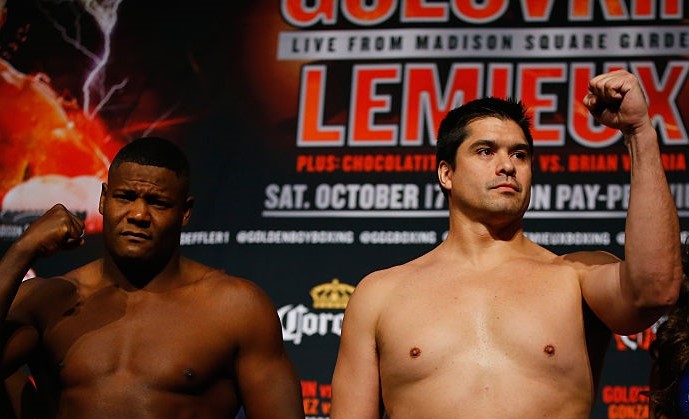 Fighters are often torn between whether to become boxers or brawlers, but for Argentinian heavyweight force Matias Vidondo the choice is even tougher: do I hurt them, or do I heal them? Vidondo (20-1-1, 18 KO) will live with that dichotomy for a few more years.

As a medical student on the verge of graduating, he has struggled with these clashing vocations for some time, but is now ready to give the most difficult one a serious try. On Saturday, the 38-year-old power-puncher will be facing Luis “Real King Kong” Ortiz (22-0, 19 KO) as part of the Golovkin-Lemieux/Gonzalez-Viloria doubleheader from Madison Square Garden, New York, and he is looking to make a serious statement.

“I’ve been training since July,” said Vidondo, who fights out of Rosario, Argentina, under the guidance of Ivan Protti (coach), Gaston Amione (physical trainer) and Luis Villagines (advisor). “We did a number of rounds of sparring with (IBF cruiserweight titleholder) Victor Ram├¡rez and Facundo Ghiglione, and this has given me a lot of confidence.”

Confidence is exactly what Vidondo will need with less than two dozen fights in a career built during the breaks from medical school (where he is only a few tests away from becoming a physician). Even though he defeated two of the most notorious heavyweights in Argentina in Fabio Moli and former cruiserweight titlist Marcelo Dominguez, he is the first to admit that his level of experience is less than ideal. Add in the fact that he has never faced a southpaw like Ortiz, and this uphill battle becomes steeper.

Even so, Vidondo feels that the timing is right for this ultimate rite of passage as a professional fighter.

“I am very passionate and for this reason there are things I don’t look at when I analyze the sport,” said Vidondo, whose last fight took place more than a year ago. “I am aware of the realities of Argentine boxing. I know that if you’re in Europe, or the U.S., you enter a gym and there are 200 big guys training, but here it’s different. I know that I only had 25 amateur fights and Ortiz had more than 400, but there’s really nothing I can do to fix that. I just have to work extra hard to overcome it.”

The questionable nature of his two most notorious wins is also a concern that Vidondo quickly deflects.

“With Moli, the fight was going in my favor and the reasons for what he did were clear,” said Vidondo, who scored three knockdowns in four rounds, only to be pushed to the canvas repeatedly and hit while on his knees by a frustrated opponent, who was subsequently disqualified. “There is nothing more to discuss. A guy with more than 50 fights wouldn’t have done that if he had been winning. He knew that I was okay and on my way to win.

“And with Dominguez I ended up in good terms, we sparred after our fight and had a few laughs. To me, he is one of our living legends. I got in the ring to learn, to get a lesson in boxing, but the punch I landed was perfect,” said Vidondo about the shot that cut Dominguez to force a stoppage in what became the first defense of his Argentine heavyweight title, his only belt to date.

His experience so far has taught him to refrain from making predictions, especially when so many variables are at play. Still, the prospect of facing a much more experienced foe doesn’t seem to weigh heavily on him.

“I’m not worried about my opponent,” said Vidondo. “He has two arms and two (testicles) just like me. It’s difficult to predict how things are going to go, especially in the heavyweight division. Sometimes you land a hard punch in the first round and the other guy loses steam, or maybe he takes a more speculative approach instead of attacking right away. There are a lot of things to take into consideration.”

Vidondo’s knowledge of the human body, as useful as it may be when trying to beat a foe into submission, is not seen as an advantage by the fighter, who sees no contradiction in the act of sending a man to the emergency room when he is studying to become a doctor.

“I’m always aware of the damage I can cause with a punch, but the other guy needs to take care of himself,” said Vidondo. “In sparring, however, I am very respectful and careful. I do trade punches, but I’m not interested in knocking a guy out in the gym. I could, but that’s not what I want to do. During a fight, I just don’t think about what will happen to my opponents once we get in the ring.”

Still, as a man of science, coming to terms with the essence of boxing remains a source of conflict for Vidondo.

“It’s a sport,” he said. “I’m not in the business of hurting guys and I only do enough to win. Obviously, people will be harmed after a knockout. If I played rugby people would get hurt too and no one would ask me why I play rugby. I think people are being prejudice against boxing. The sport was always a passion for me, and against that there’s no logical answer.”

As much as Vidondo sees himself as a physician already, he is actually a few tests and exams away from getting his license, and is aware that his dream will have to wait until his commitment with boxing is over.

He said, “Being a doctor is my dream, but right now I can’t do both. I have to leave that aside to make time for boxing. As long as my head is fine, I can take the final exams when I’m 90-years old,” said Vidondo, who claims that he’ll derive as much pleasure from seeing his name etched on the door of a hospital office as he will from seeing it shining in the bright lights of “The Big Apple”.

“Seeing my name, my father’s name of Vidondo, on the marquee at Madison Square Garden, after all he did for me, is enough of an accomplishment,” said Vidondo, who had to enroll in medical school 700 miles away from his hometown before he started boxing due to the strong disapproval of his parents, who now support him and plan to be ringside on Saturday. “Right now, I can’t even imagine myself fighting at the Madison Square Garden. Not because I don’t believe in myself and what I can accomplish. I worked hard in this sport to get the right results.”

Results aside, Vidondo’s mission in boxing will be closer to completion after Saturday night, although he remains confident that victory is only hours away.

He said, “When I fought (Fabio) Moli, I didn’t care about the results. I wanted his title, the Argentine title that Firpo once had, and that’s what was important to me. When I fought against Dominguez, I only cared about the opponent, about the pride I was feeling in facing a (former cruiserweight) champion. And now I’m happy because I earned this the hard way. Regardless of how professional I may be, I’m far from being a full-time pro.”

The harsh realities of becoming a world-class fighter on a student budget, while supporting himself as a white-collar boxing trainer also gives Vidondo additional pride.

“I make very little money (from boxing) and that’s a reality,” he said. “I have a team of people working for me, but they sacrifice because I can’t pay them what they’re worth. We’re light years away from the ideal level, but for this fight we’re going the extra mile.”

For that, and for many other reasons, Vidondo feels that the timing for this opportunity couldn’t be better.

“Life gives you just one opportunity sometimes and you have to take it,” said the cerebral Argentinian, who then pointed out some notable examples of longevity on the current heavyweight scene. “Shannon Briggs is still around at 44, Antonio Tarver is 46. They continue to give good performances, they’re not just showing up for a payday. It is a division of grown men. My opponent is 36, he’s not a kid anymore.”

Ortiz may not be a kid but, just like almost every other distinguished Cuban fighter of the past 60 years, he participated in one of boxing’s most established amateur programs.

“He’s a strong southpaw; fast, skillful, and a great fighter,” said Vidondo, with respect. “But the truth is that heavyweights are more punchers than anything else, and I’m a puncher myself. We’ll see how well he takes punches after I clip him. I would say he’s going to come out attacking and I will follow suit. Honestly, I don’t think it will go the distance. I’ve been working to fight 15 rounds, but it’s my first fight abroad and it will be difficult to win on points.”

As difficult as the fight itself is likely to get, making a prediction is an easy task for the future Doctor Vidondo.

“My hand being raised and being called as the winner,” said the Argetinian giant, claiming that he has seen the future in his dreams and all he needs to do is to execute the game plan in the ring. “I even saw the hand that I will land to end the fight. But I can’t tell you which one it will be.”