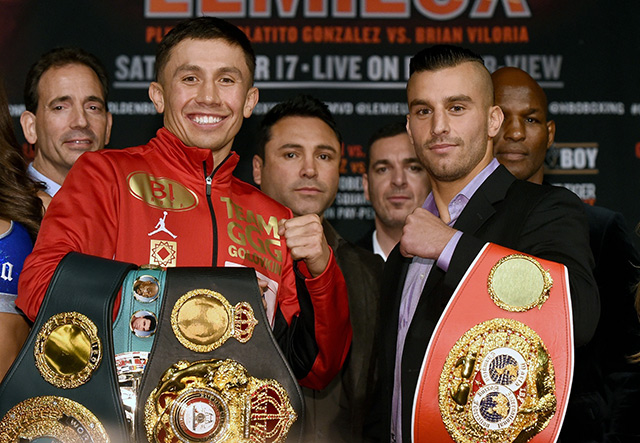 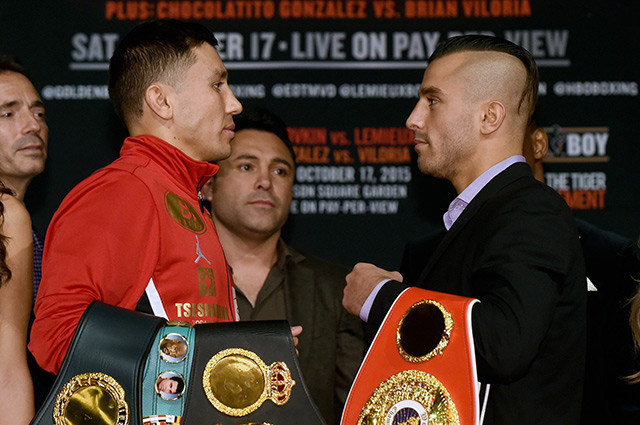 Tom Loeffler, who promotes Gennady Golovkin, has set modest expectations for what Golovkin’s middleweight title unification match with David Lemieux on Saturday will do on HBO pay-per-view.

While the titans of the sport such as Manny Pacquiao and Floyd Mayweather Jr. expect to reach within shouting distance of a million buys, Loeffler cautioned that the vicinity of 200,000 purchases would make Saturday’s event a financial success.

“It’s the first fight on pay-per-view for both Gennady and Lemieux,” Loeffler told RingTV.com. “So we’re taking a risk on our side along with Golden Boy with putting the event together. But the closer it gets to the fight the more optimistic I get and honestly, anywhere over 200,000 buys – I hate putting numbers out there because if you don’t (match the prediction it’s deemed a disappointment) – but I think anything over 200,000 buys would be considered a success. And anything that’s closer to 300,000 would be considered a huge success.”

As Golovkin and Lemieux faced off at the final press conference on Wednesday at Madison Square Garden, where the fight will take place, predictions as to what will happen consumed the air.

But the talk wasn’t just about the outcome.

One of the more fascinating aspects of the promotion has been the decision to put the fight on pay-per-view, a choice that Loeffler admitted was fraught with risk because both boxers are in their first pay-per-view matches.

But those involved with Golovkin believe the knockout artist has the style and charisma to be a cross-over superstar, and they see his graduation to pay-per-view status as a necessary step to reach that level.

“You always have modest expectations for the first pay-per-view fight of a budding superstar,” HBO pay-per-view czar Mark Taffet told RingTV.com. “But there’s a lot of anticipation and we believe that Gennady and this fight have what it takes to be successful and to be a great launching pad for the rest of his career.”

“Those are the type of figures that some of the recent pay-per-view superstars have generated in their first few pay-per-view fights,” said Taffet of the 200,000 to 300,000 number that Loeffler mentioned. “So that’s maybe where Tom is focused. From our perspective, we have modest expectations but that’s just because we don’t want to bring any unnecessary pressure to the fight or to the promotion. But we’re guardedly optimistic that Gennady’s fans will support him in what should be a tremendously exciting fight.”

Loeffler said that henceforth, whenever Golovkin steps into the ring against another title-holder, it will be on pay-per-view.

“That doesn’t mean he’s only going to fight on pay-per-view,” Loeffler added. “He wants to stay active so if he’s fighting three times a year and if one or two are on pay-per-view, then the other ones are on HBO, then that’s a perfect combination where you keep him in front of an HBO audience and at the same time (you are) able to generate the revenue necessary to put a big event together.”

The Garden has been scaled to maximum capacity for Saturday’s fight with the Chase Bridge seating section opened to accommodate more than 20,000 people in the arena, said Loeffler, who expects a sellout.