Filipino Invasion: Nietes, Magsayo, Pagara brothers look to make it big in the US 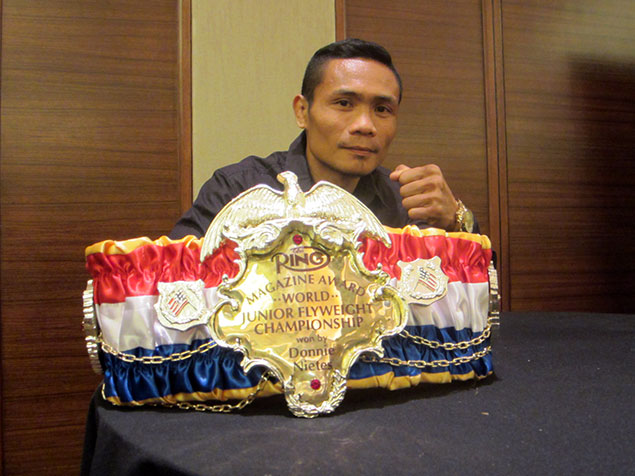 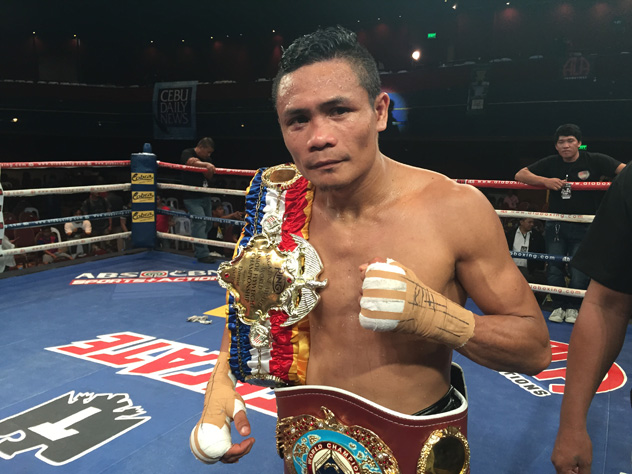 It’s clear that the Manny Pacquiao era is nearing its end. The skinny kid from General Santos City, Philippines, who rewrote boxing history by winning titles in eight divisions, has made it known that 2016 will be his 21st and final year as a professional fighter.

Pacquiao changed boxing in his homeland, creating a fan base out of the Filipino community scattered across the globe. Previously, Filipino boxers were considered unmarketable, and were used primarily as opponents.

Now, a new group of fighters seek to make an impression on international audiences.

On Oct. 17, the Cebu City, Philippines-based ALA Promotions will host its first show in the United States when RING junior flyweight champion Donnie Nietes faces Mexico’s Juan Alejo at the StubHub Center in Carson, Calif.

All four fighters are trained by the brother tandem of Edito and Edmund Villamor, themselves talented fighters 20 years ago.

Unless you’re the kind of fan who catches international fights on streaming sites at odd hours, you may have missed out on the progress of these four fighters. RingTV.com offers a refresher on the men looking to fill the void that Manny Pacquiao will undoubtedly leave behind.

The 33-year-old Nietes (36-1-4, 21 knockouts) of Murcia, Philippines, has reigned as a titleholder since 2007, first as WBO strawweight champ before moving up to 108 and winning that organization’s belt in 2011.

Despite being the only current reigning Filipino boxing champion, few outside of hardcore fans have heard of him. Even in his home country, his scientific counterpunching style turns away fans who prefer the all-action style of Pacquiao.

For years, Nietes was overshadowed by more celebrated Filipino boxers like Pacquiao, Nonito Donaire Jr. and Brian Viloria but he’s slowly come into his own in the last two years.

He won THE RING junior flyweight title with a ninth-round knockout of Moises Fuentes, setting the record straight after a draw between the two 14 months prior. In his most recent outing, three months ago, Nietes scored a convincing unanimous decision over former unified 105-pound titleholder Francisco Rodriguez Jr., despite hurting his right hand early on.

Nietes’ emergence out of Southeast Asia comes at an opportune time, with THE RING flyweight champion Roman Gonzalez (43-0, 37 knockouts) sitting atop the pound-for-pound ratings after the retirement of Floyd Mayweather Jr.

“Roman Gonzalez being the number one pound for pound has changed the whole landscape of boxing,” says Michael Aldeguer, president of ALA Promotions. “This is where Nietes is gonna be; the timing is just great.”

Gonzalez will be fighting the same night coincidentally, as he faces Viloria at Madison Square Garden in the co-featured bout in support of Gennady Golovkin vs. David Lemieux on HBO Pay-Per-View.

Nietes had sparred twice with Viloria as both men prepare for their title fights. He admits he’d like his turn in the ring with the unbeaten Nicaraguan someday.

“In my opinion, yes, I can beat him,” Nietes tells RingTV.com in a text message when asked about a potential match with Gonzalez. “If that fight will come my way, I will train double and study the way he fights.”

Nietes, though, has business to handle in front of him with Alejo (21-3, 13 KOs) of Guadalupe, Mexico. Alejo is a bit of an enigma, having gone unbeaten since losing his first three fights in 2009. Despite having not faced any familiar names, Alejo has risen to the No. 8 spot in the WBO’s rankings.

Still, Nietes isn’t letting his guard down on this relatively unknown challenger.

“I’ve seen [Alejo’s] videos. He’s a great fighter, a strong opponent and that is the biggest challenge: not to give full confidence but be smart enough inside the ring,” said Nietes, whose lone defeat came on a split decision against Angky Angkotta in Indonesia, after Angkotta missed weight by six pounds for their fight.

If Donnie Nietes’ cautious style turns off some fans, Magsayo’s full throttle attacks have made him one of the country’s most popular prospects. At 11-0 (9 KOs), the 20-year-old from Tagbilaran City, Philippines has knocked out his last five opponents, including a back-and-forth war with Mexican Rafael Reyes on the undercard of Nietes-Rodriguez.

Magsayo says he was inspired to box by watching Pacquiao. Beginning at age 8, Magsayo participated in 200 amateur fights, winning 11 gold medals in various tournaments around the country – including four national tournament golds.

The son of a baker, he tells RingTV.com that he first dreamed of being a basketball player but found himself too short at 5-foot-6. Now he’s got an opportunity to make some bread of his own, if he can impress against Suarez (13-0, 8 KOs).

“This is very important because this is my biggest break,” said Magsayo.

Aldeguer remembers seeing Magsayo as a 9-year-old, wearing gloves that were bigger than his arms. Aldeguer’s father Antonio, who founded ALA, called Michael over to take a look at the boy’s shadowboxing. When it was over, Aldeguer was excited about the future.

“I’ve been with Gerry Penalosa, Rodel Mayol and Z Gorres. In my 35 years in boxing, I’ve never seen talent like that at nine years old,” said Aldeguer.

Magsayo has shown he can entertain, from his brawling to his Johnny Tapia-inspired backflips after a victory. Watching him fight may remind some older boxing fans of Rolando Navarette. Magsayo throws punches in bunches from a variety of angles and has knocked out opponents on body shots.

If he can take a world-class punch, he may be the future of Philippine boxing.

The Pagara brothers, Jason and Albert, have become popular staples on ALA’s “Pinoy Pride” series due to their exciting styles and, in the case of the golden-topped Albert, hair. While they’ve done well against foreign opponents on home soil, Saturday’s card will be a big test of how these Cagayan De Oro natives perform on the international scene.

Though Jason is listed as 27 years old on BoxRec.com, his real age is 24. He doctored papers when he was 14 years old to compete below the age of consent. His first fight with ALA was a decision loss to Rey Anton Olarte, which Pagara overcame to go on another winning streak. His decision loss to Rosbel Montoya (who weighed in a pound over the contract weight) in 2011 was a disappointment that was rectified a year later when Pagara knocked Montoya down four times en route to a sixth-round technical knockout.

The 140-pound division is a big money division but it’s also a division loaded with punchers who will capitalize on a single mistake. With few sparring partners in the Philippines at junior welterweight for Pagara to improve against, training in the US is a must before he faces tougher challenges.

Younger brother Albert Pagara (24-0, 17 KOs) isn’t quite the puncher his brother is but has better balance and throws in combination more smoothly. His opponent, William Gonzalez (27-5, 23 KOs), has heavy hands and is more experienced against better opposition but he hasn’t fought since May 2014.

The 21-year-old Pagara is on the short list of most promising young fighters in the Philippines. He’s confident – some would say too confident at times – but it has served him well so far. He’s rated in the top six of three of the major sanctioning bodies and, at 122 pounds, could one day find himself in some interesting fights.

All four Filipino boxers are in fights they should win handily this weekend. The real challenge will be in making an impact on American soil and succeeding where many Asian fighters have fallen short.