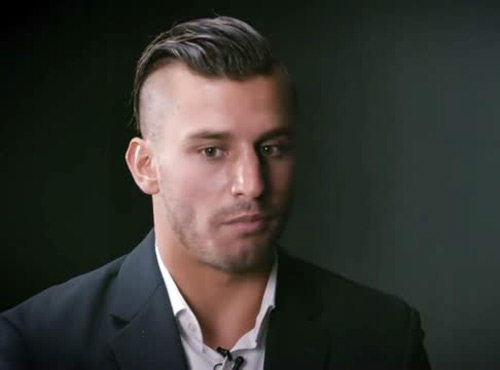 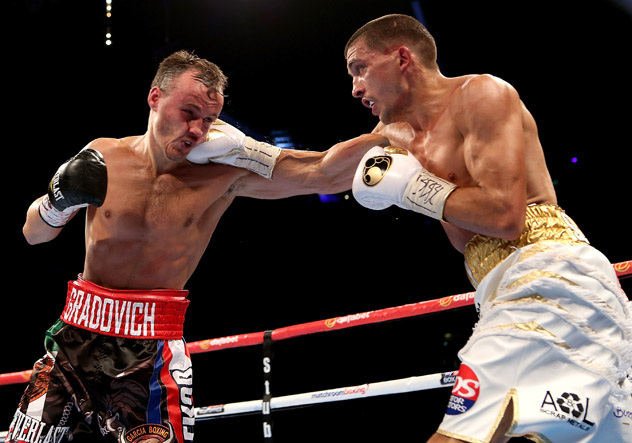 On Wednesday, IBF featherweight beltholder Lee Selby will make his American debut against former three-division titlist Fernando Montiel in Glendale, Ariz., and the super-skilled Welshman is looking to build on a sensational title win in May.

Many a gifted contender has captured a world title but it’s rare to see a challenger claim that prize as emphatically as Selby did in London, England, five months ago. The 28-year-old dominated defending titleholder Evgeny Gradovich through eight rounds and prevailed on a technical decision when the Russian sustained a gruesome eye cut following a clash of heads.

Despite the ending, this was a career-best performance that introduced a new star to the boxing world at large but one of the few people not surprised by the level of superiority was the fighter himself.

“That’s how I planned that fight out in my head,” said Selby, who is rated No. 5 by THE RING at 126 pounds. “We knew Gradovich was incapable of changing his style. He was always going to come forward with the aggression and that allowed me to box on the back foot and pick him off.

“I wanted to make a statement to the rest of the featherweights out there by winning in good style and that’s exactly what I did. My name is known across the pond now [in the United States] and I’m making my first defense on a massive stage.”

As a result of signing American boxing mogul Al Haymon to an advisory role, Selby is to be showcased on the ‘Premier Boxing Champions’ series on Wednesday. But while he’s excited about breaking into the lucrative American market, the laid back Welshman was still humbled by the fanfare he received in his hometown of Barry, following the Gradovich victory.

“We had the open-top bus driving through the town and it was such an amazing feeling,” said Selby with pride.

“Everything that I’ve been dreaming about since I was a boy is now a reality and as long as I keep turning in good performances and winning fights, then things will only get better. It’s all about staying dedicated to the sport and focused.”

Despite Montiel’s superb resume, Selby is a substantial favorite to retain his title. The 36-year-old challenger is a 60-fight veteran (54-4-2, 39 knockouts) and all notable triumphs took place in lower weight divisions. He will be dwarfed by the younger man, who has clear advantages in height and reach.

A respectful Selby said, “As a former three-weight world champion, Montiel obviously has good experience and it’s a tough fight. He’s a big puncher and a typical Mexican, in that he can mix it up. He likes to come forward and slug but he’s more than capable of boxing off the back foot.

“To be honest, I don’t know what style he plans on using but whatever he does, we’ll look to adapt and get the win.”

When he’s at work, Selby performs with incredible flair and confidence. The Welshman is prone to bouts of showboating and loves to play to the gallery, so it was interesting to hear him acknowledge that a real sense of nervousness kicks in as fight night approaches.

He said, “If I look bad or if I lose, then that’s all I’m going to be remembered for until I fight again. I want to put on a show and look good when I’m in there. The pressure is there beforehand because every fight could be your last.

“It’s different when I’m in there but, before a fight, there’s always a little bit of self-doubt. That’s just human nature.”

The defection to the US is not permanent and, all going well, Selby will continue to commute while fitting in an obligatory homecoming bout to appease his loyal fan base.

“That’s the plan,” he said. “I would like to have three fights a year, two in America and one at home. I want to secure a big fight with a champion like [WBA featherweight titlist] Leo Santa Cruz, who looked really good against [Abner] Mares [in August]. He’s obviously a big star in the US and if I was to beat him on network television, then everyone would know who I am.

“Ideally, I want to beat Montiel, have a title defense at home and then get it on with Santa Cruz.”

Naturally, Selby sees only victory when he matches his sophistication and skill against Montiel’s championship experience and grit. One senses that the rising featherweight star is looking to clinically dispatch the old Mexican master and impressing a new audience is the driving force.

“I would like a stoppage but I’ll be relying on my boxing skills, like I always do,” said Selby.