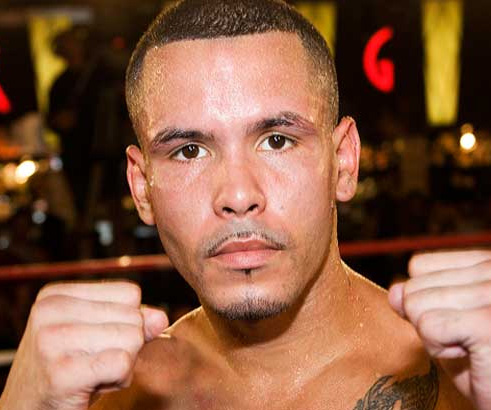 Brooklyn-based welterweight Gabriel Bracero knocked out Danny O’Connor 41 seconds into the opening round of their PBC on NBC Sports Net main event from Lowell, Massachusetts, on Saturday.

The two fighters only had time to land two punches each but Bracero (24-2, 5 knockouts) made his second shot — a perfectly timed counter right hand over his O’Connor’s southpaw jab — count. O’Connor (26-3, 10 KOs), who dropped an eight-round decision to Bracero in 2011, was immediately rendered unconscious and remained on his back in the ring for several tense minutes.

The 30-year-old native of Framingham, Massachusetts, eventually got to his feet to the relief of the fans inside the Lowell Memorial Auditorium and those watching on NBC Sports Net.

“God Bless Danny O’Connor, I wish him the best,” an emotional Bracero said during his post-fight interview. “My message to him (after he got up was not to be depressed). I was down after my last fight (a decision loss), I was depressed and I didn’t want him to do that.”

Regarding the punch that produced a KO of the Year candidate: “I worked on that in the gym.”