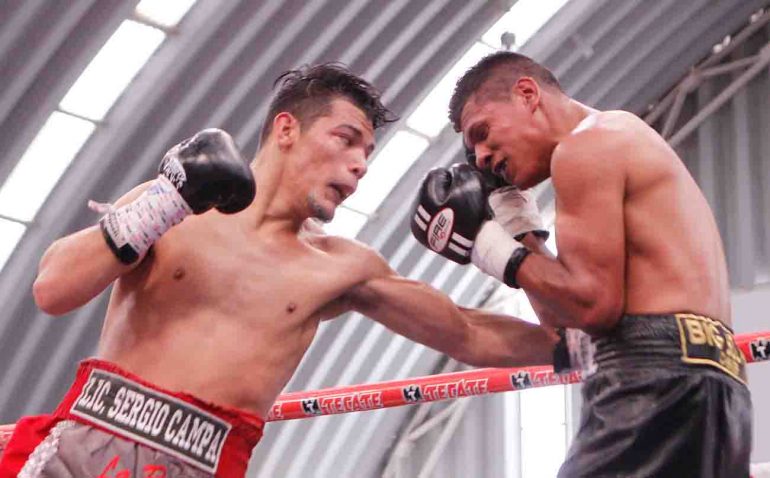 The 10-round bout will take place at the Belasco Theater in Los Angeles, Calif. The bout will top a Golden Boy card and will be televised live on Estrella TV, beginning at 10 p.m. ET/ 7 p.m. PT.

Campa (18-0, 14 knockouts), who hails from Hermosillo, Sonora, Mexico, barely stayed unbeaten in his last bout on May 23, winning a close, six-round decision over Noe Nunez. The win snapped a streak of six consecutive knockout wins.

Huerta (28-13-1, 18 KOs) will be the best fighter on paper Campa will face thus far. The 37-year-old has fought a who’s who of lightweight and junior welterweight contenders during his 16-year career.

After an almost five-year hiatus, Huerta returned to the ring in Sept. of 2013, losing an eight-round decision to Mauricio Herrera. He has also suffered losses to Antonio Orozco and Haskell Rhodes.

Unbeaten junior featherweight Joet Gonzalez will fight an opponent to be determined in an eight-round bout.

Opening the “LA Fight Club” telecast will be Hector Tanajara Jr. fighting in a six-round bout.

Fight fans tuning in to the RingTVLive.com telecast can watch a six-round, super middleweight bout between Alan Campa and Fabiano Pena.