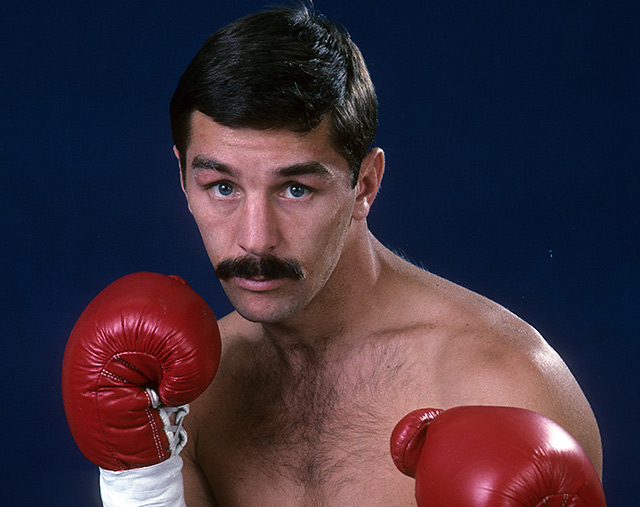 Brian Mitchell, a former junior lightweight titleholder, was rarely given the luxury of home advantage. The highly-skilled South African traveled for all but one of 14 world title fights, due to major governing bodies refusing to sanction bouts on his native soil during apartheid.

He made his debut in the summer of 1981, winning seven bouts before dropping a 10-round decision to the more experienced Jacob Morake. Mitchell would avenge his only career defeat on three occasions, and Morake tragically passed away due to injuries sustained in their fourth encounter.

After serving his apprenticeship, Mitchell was matched with Alfredo Layne in Sept. 1986. Layne had previously upset the great Wilfredo Gomez, by scoring a come from behind knockout to win the WBA junior lightweight championship. Mitchell would stop Layne in the 10th to claim his first world title.

Over the next five years, Mitchell competed all over the globe. He took on all comers in Puerto Rico, Panama, France, Spain, Italy, England and America. Notable victories were Daniel Londas (PTS15), Jim McDonnell (PTS12) and Frankie Mitchell (PTS12). 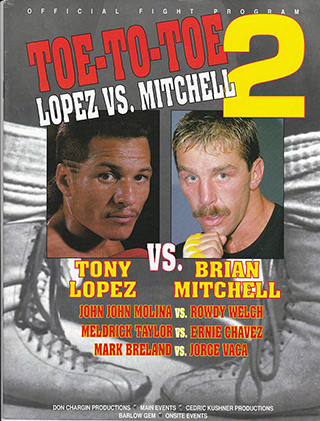 In 1991, the gutsy South African twice travelled to Sacramento, Calif., to take on fan-favorite Tony Lopez, who was the IBF titleholder. The first bout ended in a controversial draw and when the WBA refused to sanction a rematch, Mitchell sacrificed his own title belt and sought victory as challenger.

To his immense credit, he won the second encounter by unanimous decision, fighting Lopez to a standstill and confirming his status as one of South Africa’s finest ever fighters, as well as one of the best junior lightweights in history.

With nothing left to prove, Mitchell bowed out on the back of a career best victory and although he returned briefly, following a three-year-layoff, his retirement was made permanent in 1995. The South African’s final record was 45-1-3 (21 knockouts) and he was elected into the Hall of Fame in 2009.

Not surprisingly, the fight Mitchell always craved was against fellow-African Azumah Nelson, but his title winning resume still sparkles.

“I think I could have outsmarted Nelson,” he said. “I liked fighting punchers, but politics threw that one out the window. Winning the IBF title from Tony Lopez in his backyard, and the WBA title win against Alfredo Layne in my own country were both very special to me.”

Today Mitchell, 54, is married with four children. He’s very much a part of the boxing scene in his homeland and enjoys a prominent role as an analyst and commentator for TV channel SuperSport. He also serves as a publicist for Golden Gloves SA [South African boxing promoter] and manages Johnny Muller (19-5-2) and Paul Kamanga (15-0).

Mitchell took time out from his hectic schedule to speak with RingTV.com about the best he faced in his outstanding career.

BEST SKILLS – Daniel Londas: I would go with Daniel Londas. We fought 15 hard rounds in his home town Calais, France. He was a WBO world champion and a very scientific boxer.

BEST JAB – Tony Lopez: Tony “The Tiger”, was the best body puncher. He knew what he was doing in the square jungle and had an educated jab.

BEST DEFENSE– Jim McDonnell: He came well prepared and wanted my title. His problem was I in my prime and I threw too many punches for him.

BEST CHIN – Jose Rivera: Man, this guy could take it and give it.

BEST PUNCHER – Rivera: Rivera could hit like a heavyweight. He dropped me in the second round with a straight right hand and I got up to retain my title over 15 rounds, although I was robbed with a draw in his hometown [in] Puerto Rico. We fought again in Spain and he dropped me with a left hook down in the fourth and I got up and won over 12 rounds. They reduced fights to 12 rounds for medical reasons. Me personally, I loved 15 rounds, because it separated the men from the boys.

BEST HANDSPEED – Jacob Morake: This guy was fast. We fought four times and he won the first one early in my career. I won the next three with the fourth being painfully tragic for his family and mine. He passed away the night I knocked him out to retain my South African title.

BEST FOOTWORK – Morake: That belongs to Jacob “Dancing Shoes” Morake, who was the only guy to ever beat me. I dedicate my world titles to my late friend. Great footwork.

SMARTEST – Lopez: Great boxing brain. That’s why he beat so many world champions.

STRONGEST – Jackie Beard: He was a wrestler and tried to bully me. He also hit me with the head to cause lots of cuts.