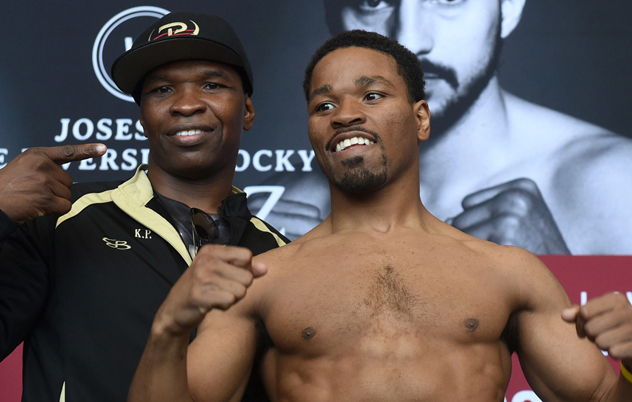 Word has been spreading like wildfire that a big time matchup between Keith Thurman and Shawn Porter will take place on Dec. 12 and be aired on Showtime. However, we may have to pump the brakes on the excitement because when RingTV.com reached out to Porter’s father and trainer Kenny Porter, he was very cut and dry with his response.

“No fight to my knowledge,” Porter said to RingTV.com via text message. “No calls! No contract! No date!”

Team Porter has been actively seeking a big name to face before the end of the year after scoring a high-profile win over Adrien Broner back in June. Kenny Porter told RingTV.com that they originally had plans to go after Danny Garcia but Garcia’s team turned down the fight. They soon turned their attention to the heavy-handed Keith Thurman, who was recently seen scoring a seventh-round TKO against Luis Collazo to defend his WBA welterweight title.

“(Team Thurman) know Shawn from the amateurs when Shawn was knocking out people at 165 pounds,” Porter told RingTV.com in a recent interview. “They know what they have to deal with. Keith was 152 and he was losing to Demetrious Andrade while Shawn beat him in the world games. They know and are aware of what went on then and what will go on once they take that fight. There’s no posturing going on for TV we just want the next fight to be a big one and we made the call.”

Both Porter and Thurman were seen speaking to one another quite often during the week of Floyd Mayweather vs. Andre Berto. The two were photographed together and it appeared that there was a possibility that a high profile showdown between two rising stars had potential to take place.

But, at least according to Kenny Porter, there is no fight set in stone.